Leaning on a lamp post, and look what we can see - more subsidence in the One Barnet house of fun 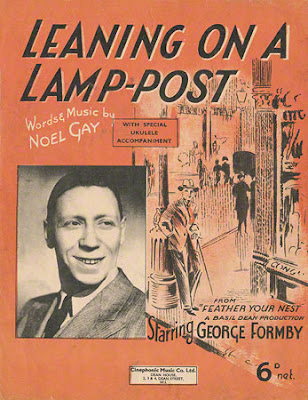 Never underestimate the ability of the London Borough of Broken Barnet to dig a hole for itself, jump into it, and continue digging all the way until they reach the Antipodes.

This is an area of expertise, in fact, in our borough.

Unfortunately, the cost of this activity, ie the digging of the hole, its enlargement, and the eventual backfilling, is, of course, is paid for by you and me, the long suffering residents and tax payers. Think how many millions of our money has been paid or lost recently as a result of their cock ups in contracting, and other legal or financial disasters, whether lost in uncollected tax, overspends, fines for data protection breaches, or any number of avoidable failures in procedure ...

Forget the competitive dialogue processes which are well underway, rushed into even as the procurement scandal was unfolding. This morning the Barnet Eye blog has picked up a most interesting story from a DPR (delegated powers report) published on the Barnet Council website, which you can read here ...

This tells us that Barnet Council has just authorised the spending of up to £75,000 on legal support from a firm called Addleshaw Goddard Solicitors. Why? This is what the report tells us - in order to pay for:

10.2 The appointment of Addleshaw Goddard, solicitors to advise the Council in respectof the Cabinet Office Energy Reform Group (“ERG”) infraction notice and therelated Deed of Variation from the Senior Lenders for the CMS, regarding theprocurement process for the Street Lighting PFI Contract variation for energysaving measures.

Apparently Barnet is in trouble again, this time regarding the procurement of work in relation to our PFI street lighting contract.

8.3 The EU Infraction Pilot file states a complaint has been received regarding theprocurement of energy saving measures and alleges that the London Borough ofBarnet has infringed EU public procurement legislation by not tendering the‘contract’.
8.4 The Council have been provided with a Timeline for the Infraction Pilot Responseand it must adhere to this timeline. A draft response to the complaint has beensubmitted to the Cabinet Office ERG. It is important to urgently appoint legaladvisers to provide legal input into the process on behalf of the council.


Now then: Mrs Angry has long been fascinated by the arrangements made by our council for our street lighting, an issue which came to light, if you will excuse the phrase, around October 2010) during a long engagement with the authority over what appeared to be a completely unneccessary replacement of perfectly adequate lights all over the borough, and an apparent reluctance in some quarters to finish the job properly, or on schedule.

Here is something puzzling, however, even by the standards of Broken Barnet. The DPR is asking for a waiver so the council may ignore its own rules of procurement so as to hire the very company which we are told was involved in the original PFI contract, part of which now is alleged, erm, to have ignored the EU rules regarding procurement. Have I go that right? What?

8.7. The decision to appoint Addleshaw Goddard Solicitors is being made based onurgency, on their expertise in the specific field and in light of their significant,previous, input and advice as Legal Advisors to the Council with respect to theoriginal Street Lighting PFI Contract.

It seems someone has complained to the EU about the tender process. If these allegations are found to be correct, and yet again Barnet is found to have messed up another tendering exercise, not only will we, the taxpayers have to fork out more money to pay for their cock up, it will demonstrate yet again, most painfully, the utter incompetence of the senior management team of this authority.

How much more evidence do the Tory councillors of Broken Barnet require before they accept what is so obvious to anyone with any sense - that to continue with the wildly over ambitious scale of the £1 billion procurement of One Barnet, with so many unresolved problems in the management of the current scope of commercial activities, is absolute madness?

Or, as perhaps is becoming increasingly likely, will the companies presently engaged in the competitive dialogue process decide they simply cannot risk investing in a programme of such high risk, and more importantly from their point of view, a diminishing certainty of profit from a programme built on such unstable foundations?

What do our external auditors at Grant Thornton think of all this? Are they really happy at the continuing revelations of incompetence in procurement? At what point will they step up, wise up, and call a halt to any further progression of the One Barnet programme, until a full and independent assessment of Barnet's competence in procurement is satisfactorily proven?

Well: Mrs Angry has been communicating with auditor Paul Hughes through the medium of song, channelled through, of all people, George Formby - and his ukelele.

This is for you, Mr Hughes.

Can you hear what I'm saying?

Labels: lili marleen, mussolini, with my little ukelele in my hand

I see that George borrowed some of the Barnet Bugle's spare equipment now that he has gone all digital on us.

Quite appropriate that the song is from the film "Feather Your Nest", isn't it?

ha ha, Baarnett, yes, it is ... I think I might be developing an obsession with George Formby. Might be time to move on. Gracie Fields, maybe, next.