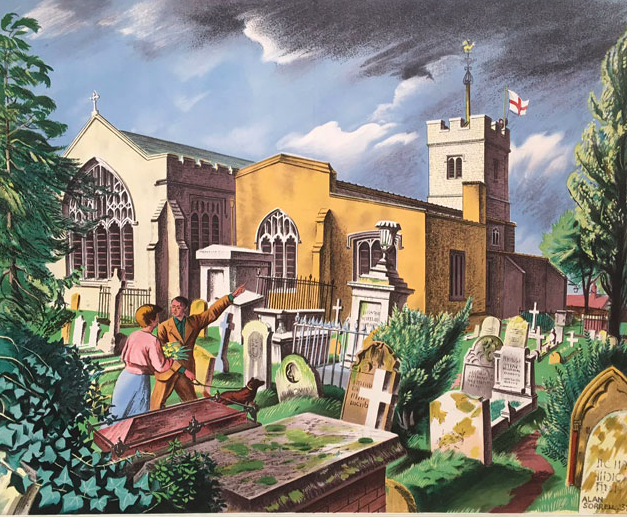 Almost every day now, a new revelation about the Hendon Hub development emerges from the shadows. Today's story is about the heritage and conservation issues which are so central - or should be - to the consultation process that is required for such proposals.

Last week I wrote to Historic England with my concerns about the threat posed by the Hendon Hub plan to the two Conservation Areas in the Burroughs and Church End, Hendon, and the plan to demolish all but the facade of the listed Hendon Library.

To my astonishment, a prompt response informed me that they knew nothing of these proposals.

This was despite the fact that they had, as recently as February, been in communication with Barnet about the associated local SPD plan - the draft plan of the Burroughs and Middlesex University Planning Framework Supplementary Planning Document.

They forwarded a copy of the letter sent to Barnet, in which they highlighted the fact that the SPD did not sufficiently address matters of heritage and conservation. Here is the summary of points made: 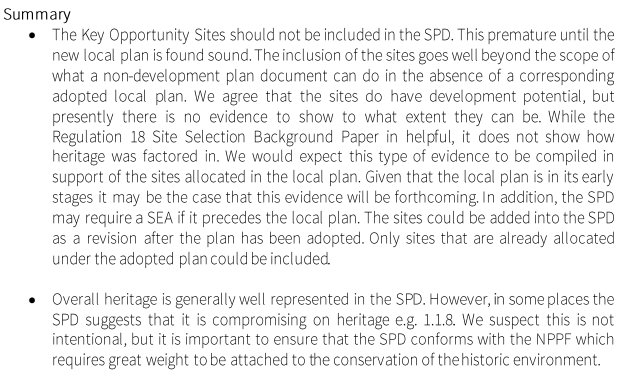 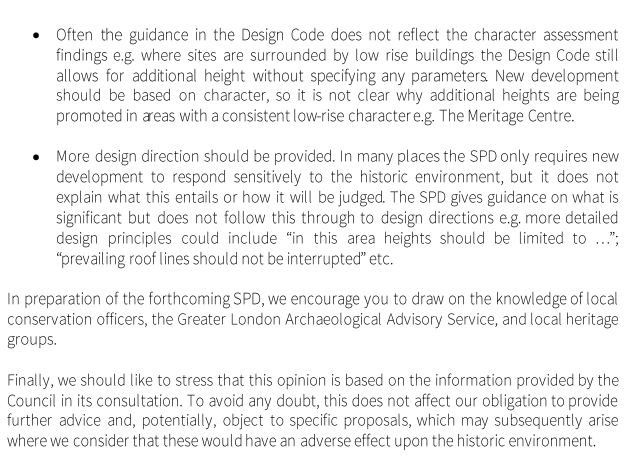 This letter was sent on the 22nd February to a senior Capita Re planning policy officer, from an Historic Environment Planning Adviser. Yet Historic England were not told about the massive development in the conservation areas for which the process of public consultation - the nonsultation -  would begin only four days later: and HE knew nothing about the plans until I wrote last week.

My spies tell me that Historic England has now contacted Barnet/Capita Re to discuss the proposals.

Let's take another look at this letter.

You will note that it criticises the inclusion of 'Key Opportunity Sites'.

Proof, if any were needed, that Capita's management of planning in this borough, even in the heart of this uniquely sensitive historic area, is deliberately prioritised, not as you would expect, so as to preserve the built heritage, but in order to identify potentially lucrative sites for development, from which the company will benefit financially, not least in terms of contractual fees.

These plans have been known about since at least June 2019, when a resident raised questions about it at a committee meeting, after the council accidentally published information which should have been exempt, and let the cat out of the bag. They refused to answer his questions.

But what this means is that the covert plot to push a massive development into the heart of the two conservation areas has been a long time in the making. And yet they had not consulted Historic England, even as they were obliged to discuss the draft SDP with them.

It is also significant that the draft SDP has been criticised by HE for preparing the way for what we now know had already been designed for the Hub, ie high rise buildings - the ugly and obtrusive student accommodation blocks, up to seven storeys high - buildings absolutely out of character with the surrounding historic area, which boasts a large range of early eighteenth century buildings, a thousand year old parish church, with possible Saxon origins, and a Norman font; a group of almshouses, and the Grade II* listed seventeenth century Church Farmhouse, as well as two other churches, and several listed early twentieth century buildings - including the Library. 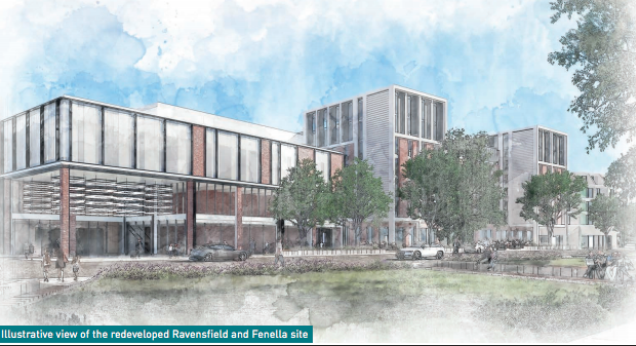 The impact of the Hub development clearly would be profoundly detrimental, adversely affecting the natural context of the Burroughs and the Church End conservation areas in so many ways - and leaving residents trapped in a virtual campus.

The plan to demolish all but the facade of Hendon Library, even thought it is a listed building, is in itself of course a hugely controversial proposal - and even the slightest alteration to a listed building, let alone one this radical, must be agreed with Historic England.

How have the plans got this far, with no approach to them? And why?

In any other development, the plans  for such a sensitive area would have been formed after discussion with heritage advisers. Here we see our Tory councillors and their contractors trying to do their own thing, however, and in so doing, sideline Historic England, in their determination to see these ill begotten proposals through a farce of a consultation process, with only limited information given to residents, and crucial information withheld. Now we know that HE, which clearly is a hugely important 'stakeholder' has also been denied a role in this so called consultation.

There is in addition, of course, the question of whether this plan is financially viable, grounds for objecting to the whole Hub proposal.

We are being nonsulted, without adequate information, only a heavily redacted business plan, and vague sounds about possible sources of cash for the £90 million costs. Costs which almost certainly will be much more than that.

Why do we need what we are told will be accommodation for 800 students, and why do we need them, several storeys high, in the centre of conservation areas?

Why not build in nearby Colindale, where there is already accommodation for Middlesex Uni - and no built heritage at risk?

Or is this just a wheeze to get approval for planning approval in this area, which will slowly morph into yet another highly profitable luxury housing development?

There is an election in a few days time.

If Tory activists come knocking on your door, between now and then, I would suggest that you ask them why it is that developers and Capita, and not elected representatives, are running this borough.

And then vote for the Labour candidate and local library campaigner, Anne Clarke. 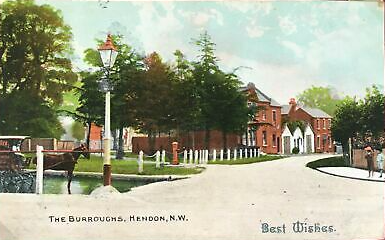 Appreciate your blog. I was in the online consultation as well last week - I live on Babington Road. Its a huge eyesore and seriously concerned about the blocking of light and devaluation of my house after this.