Sunday in the Park with George(Orwell) 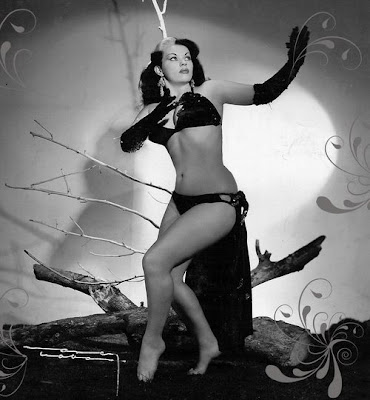 There is a tradition upheld by some Barnet bloggers of 'the Friday joke'; taking the opportunity to post something of a humorous nature to mark the end of the week. As regular readers will know, Mrs Angry strongly disapproves of the use of humour in the world of citizen journalism, and deeply abhors this tendency, preferring always to concentrate on issues of real importance to the residents of Broken Barnet, and this post will be no exception.

It is not properly acknowledged, due to all the bad publicity worked up by certain elements in the community, that here in Barnet we have a thriving artistic and cultural community, entirely unreliant, unlike the Arts Depot, and the local museums, on subsidy and handouts by the local authority.

In Friern Barnet, for example, we have the marvellous enterprise run by local minister, the Reverend Adrian Benjamin, whose All Saints Arts Centre puts on all manner of interesting performances throughout the year. Mrs Angry was delighted to hear that one local amateur dramatics society is planning a new production for this venue in the near future, and have just contacted the reverend to make arrangements: she understands that there has as yet been no response, but we will keep you updated.

I am writing to enquire about the possibility of hiring All Saints Arts Centre theatre space for a forthcoming production by our amateur dramatic theatre company, hopefully in the near future.

We are looking for a suitable venue for a newly commissioned piece entitled: ‘Sunday in the Park with George (Orwell)’, a light hearted musical interpretation of ‘1984’- a happy go lucky performance with some dancing and quite a bit of good old fashioned slapstick humour. We are writing to local councillor David Longstaffe to ask if he would like to direct the show, as he has a great deal of acting experience and of course has sound political views which will ensure the tone of the production meets with your approval.

The show tells the story of a local community trembling under the repressive regime of a right wing totalitarian state, led by a comical, strutting, pompous little dictator, and his privileged circle of friends, including a 'turbulent priest' intent on supporting the regime for his own purposes, all accompanied by a cohort of blackshirted thugs who keep the populace under constant surveillance.

The final scene takes place in a tent in a public park, where the forces of evil battle with a courageous body of citizens and workers intent on rebellion against the jackboot governance of the dictator, and his regime’s ruthless suppression of civil liberties and freedom of speech. The dictator orders the priest to capture the rallying banner of the rebels, and declares victory over the uprising. Unfortunately he fails to notice that the rebels have set fire to his trousers.

The show does contain a fair amount of obscene language, and a good deal of nudity, but please be assured that in view of the nature of the venue, ladies have agreed to cover their bosoms and “downstairs departments” with a careful arrangement of uncashed cheques to the London Borough of Barnet. The gentlemen may be more problematic, but we will consult Councillor Longstaffe on this point. We intend to invite Councillor Brian Coleman to the opening night of the production and very much hope that he - and you - will enjoy the show.

We look forward to a response at your earliest convenience,

PS, I must tell you that I have just read your comment in the local press regarding some reprehensible left wing troublemaking at Friern Barnet show, and am concerned to see your remark: ‘They can take it to the Pope as far as I am concerned’. May I remind you that in the Anglican Communion, we do not recognise the authority of the Church of Rome, and I sincerely hope that All Saints is not thinking of joining the Papist tradition, as we will then have to consider finding an alternative venue for our show

* Update, 5.30pm: rather amusingly, Mrs Angry has been sent the following reply to Mrs Smith from the Reverend gentleman this afternoon. It would appear that the old boy has a sense of humour. Damn.

Dear Mrs Smith,
Thank you so much for your e-mail outlining your most attractive proposal. I only have two queries.... Firstly, would it be feasible to stage the show as a Musical? It would lend itself, to my mind, to a vaguely Wagnerian style, though as you outline the plot I fear it would run the risk of degenerating into a second rate Gibert & Sullivan operetta. Secondly, I really would like a role in it myself. The part I would be quite keen on attempting would be the leader of the rebel force. I know that Orwell would probably have imagined the protagonist to be played by a younger & vibrant actor, but I feel I could convincingly play him as a quick-witted, & at times devious & violent, septuagenarian, ready to go to any lengths to advance the cause of the revolution. Such characters are not easy to portray as it is hard to win the audience's sympathy for such extremists ~ think of Robespierre & Trotsky & today's bomb bearing terrorists! But Milton managed to win credibility & sympathy for such a figure in Satan ("Better to rule in Summer's Lane than queen it in Totteridge!" would be a good number) & I think I could have a shot at portraying such a leader of peasants as a rogue but as a lovable one.
I would be happy for the show to be rehearsed here on Sunday afternoons after the wrestling; but I fear the evening diary is pretty congested. I wonder if you might approach the artsdepot as a better place to stage it. It may be sympathetic to your cause as it is funded by the Arts Council (whereas we receive no public subsidy, & certainly nothing from the current Barnet administration.)
Last of all, may I reassure you that, despite my recent jocular remarks about papal infallibility, I remain a devout Anglican & am glad to count the current Archbishop of Canterbury as a personal friend.
With best wishes.
adrian benjamin
Prebendary of St Paul's cathedral
Vicar of all Saints' Friern Barnet
Director of the All Saints' Arts Centre
Chair of the Organizing Committee of the Friern Barnet Summer Show

Surprised not to hear he is a close personal of the Almighty's too: second only to Brian Coleman, of course, in the earthly paradise that we inhabit, here in Broken Barnet.

And I suppose that there would be ice creams at the interval Mrs A except that the usual suspect, assisted by his ruthless assistant, have moved Mr Whippy on from his perfectly legal pitch outside the hall.

A far-fetched story indeed, Mrs A!

I userstand, though, that a well-known local soup waiter will be contacting you, to provide the catering, and another well-known minor and possibly temporary MP may be persuaded to sell ice-creams from his van.

"In Councillor Coleman's golden days,
When loyalty no harm meant,
A zealous High-Churchman I was
And so I gained preferment;

To teach my flock I ne'er did miss-
Councillors are by god appointed,
And damned are those who dare resist,
Or touch the Lord's annointed.

And this be law, I will maintain,
Until my dying day, Sir,
That whatsoever cabinet shall reign,
Still I'll be the Vicar of Bray, Sir!

When royal James obtained the crown,
And Popery came in fashion,
The penal laws I hooted down,
And read the declaration:

The Church of Rome I found would fit
Full well my Constitution
And I had been a Jesuit-
But for the Revolution."

Always good to see someone with a sense of humour Mrs A. The reverend is an interesting character and I also wonder if he has received some spiritual guidance from his seniors. Often a problem to be friends with your underlings so it will be interesting to receive the archbishop's reply in due course and the return of the banner naturally
.
Is that ladies mud-wrestling by any chance? I could free off my Sunday afternoons for the rght sort of show.

Oh Baarnett: I had to learn the Vicar of Bray at school, grrr ... bad memories. Why is it all the things I was supposed to remember then, I couldn't, but now I do?

Mr Mustard: what is it with you boys and mud wrestling? Mrs Angry is very broadminded, but fails to see the appeal. Maybe it's a virgo thing. I am sure my new bf the Rev could give you further details, however, should you wish to attend. I am certain it will not take place on the Lord's day, however.