Goodbye to all that: Mrs Angry's Retirement 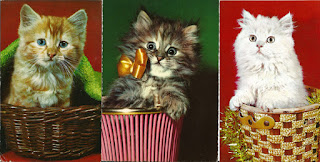 Yes: after the #daftarrest judgement, and as we wait this week for MPs to strangle the freedom of the press with statutory legislation, Mrs Angry has been thinking very carefully about the future of blogging, both generally, and here in Broken Barnet.

Carmarthenshire County Council and the London Borough Barnet have many things in common, of course: being twinned in corporate values: a culture of secrecy; a fear of transparency, and a deeply entrenched, irrational resentment of scrutiny: a failure to accept the need for open governance and accountability.

It is not widely known that the Chief Executive of Carmarthenshire County Council, Mark James, has a personal connection with our beloved borough.

Many years ago, he was a humble committee clerk - well, a committee clerk, anyway - working for Barnet Council. He worked, in fact, with Mrs Angry's long suffering brother: just fancy that!

At the end of last week, the Barnet bloggers published a joint statement regarding the latest Barnet disaster, the IT contract with 2e2 , a company which has gone bust, leaving taxpayers here with lost credit, but delivering more profitable business into the lap of Crapita, who came very nobly to the rescue just in time to save the council from total meltdown.

"My attention is drawn to the decision in the High Court today in the case of the Chief Executive of Carmarthanshire council and a blogger a Ms Jacqui Thompson . No doubt the so called "Barnet Bloggers" will be taking due notice of this case............."


Please, please, Brian: learn the basic rules of grammar and punctuation if you want to email the so called bloggers of Broken Barnet.

Ah. But of course the 'so called' Barnet Bloggers', so called because they live in Barnet, and are bloggers, now include the former Tory AM, Lfepa Chair, Cabinet member and councillor, Brian Coleman. Yes, indeed it is himself who is now a gamekeeper turned poacher.

Brian, currently suspended from the Tory party as he is awaiting a court appearance on charges, which he denies, relating to an alleged assault on a female cafe owner, says some awfully daring things in his blog, really very naughty. So called Barnet blogger Mr Mustard therefore replied to the King of Bling:

"lol Brian, I think you might need to check your own glasshouse. 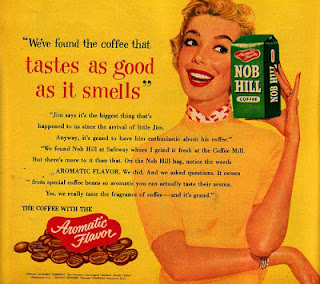 Mrs Angry makes a cup of coffee for Councillor Coleman

Ah yes: the One Barnet Judicial Review. 19th to the 21st March, at the High Court.

Sadly Mrs Angry will not be attending, as she has decided it would be much more seemly if she stopped writing about dangerous things like politics, and stuck to more wholesome, womanly subjects. Knitting, household tips, the odd recipe (very odd, probably), that sort of thing. Look away now, if you are easily aroused by the thought of women of a certain age in knitted lingerie - yes: you know who you are. 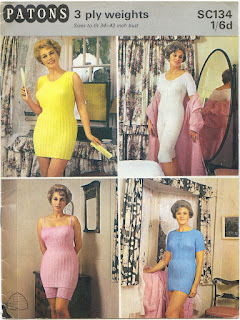 Look, lady bloggers - yes, you, Citizen Barnet - find something more useful to do with your time, instead of stirring up civil unrest, and upsetting our Tory councillors. Close up your laptop, and find your inner domestic goddess. Stop tormenting Crapita, and standing in the way of their profiteering dominance of the public sector, and think about kittens, and babies, and nice fuffy things. No, not Brian Coleman.

Time to stop banging on about One Barnet, and our council selling us and almost all our public services into bondage to the private sector for the next ten or fifteen years.

Forget about the failure of the much vaunted private company venture 'Your Choice', and the impact on care provision for dependent adults and poorly paid staff now that they have discovered there is no profit to be made out of vulnerability and need.

Say nothing about the senior management team of Barnet Council secretly deciding to change the model of the DRS outsourcing contract to a Joint Venture, without bothering to ask the elected members of the council, and in complete ignorance of the Leader, Richard Cornelius.

Don't mention the gross financial incompetence that allowed thousands of non compliant contracts to throw our money away to private suppliers for years, or the MetPro security scandal, never subject to a fraud inquiry.

Keep quiet about our lovely museum they ransacked, shut and put up for sale,along with its local history collection - and the library they tried to shut and put for sale until we occupied and re-opened it, and the idiotic, recklessly ill planned parking scheme which is killing all our high streets.

Forget about the big fat allowance rises our Tory councillors voted themselves, as soon as they returned to power, whilst lecturing us about the need for austerity measures.

Don't ask awkward questions, at all: don't scrutinise, don't challenge, turn your head away from the smell of Broken Barnet and stay silent - this is none of your business, after all, Mrs Angry.

See you in court.

Or rather see you outside the Royal Courts of Justice first of all, 9.30 tomorrow, for a One Barnet vigil. Then - we trust - we will see justice done, on behalf of the residents of this community, versus the London Borough of Barnet, and Crapita.

This week is going to be very interesting, and the decision of the courts will be perhaps the most important decision ever taken regarding the future of this borough.

This case, moreover, will determine not just the future of council service provision here in Barnet, but will set a precedent for the direction and scale of outsourcing in the public sector as a whole.

With perfect timing, Saturday will see a massive protest march here in our borough, the Barnet Spring March, (details here ) and a rally with speakers including Tony Benn, Owen Jones, and John McDonnell, MP.

The march will conclude at the library that refused to die, Friern Barnet library, now the People's Library, and now itself a rallying point for all who refuse to accept the assault on our public services and who maintain their fundamental right to protest, and to speak out against injustice.

Please, please, Brian: learn the basic rules of grammar and punctuation if you want to email the so called bloggers of Broken Barnet.

how dare you argue with me, on my own blog, baarnett. In Broken Barnet, if I say it is 'so called', not so-called, it is so called. Got it?

I promise to co Operate in future.

good boy. I may well write a book on grammar, like what I was taught. Tweets, shoots, and leaves. I spose someone's already used that. Oh well.

Bloomin' good for you Mrs A - modern day suffragettes you and Caebrwyn. As although the judge made no reference to Jacqui's gender, I too sense some sexist undercurrent in his statement "There is no plausible explanation for her campaign other than revenge" which sounds very much like "hell hath no fury like a woman scorned". The (albeit well-meaning) description of Jacqui in the press and on sites continues to be "a middle aged woman" and I fail to see wtf that has to do with her fearless blogging, her intelligence and determination. Anyway, for the record, I'm middle aged and female. I have blonde hair (well, would be grey if nature had its way - as indeed would be my beard if I didn't carefully pluck out my whiskers on a daily basis). My vital statistics are heading downward so I won't bother you with those. My IQ is 150 although everyone's probably by now visualising my droopy tits.

Ha: Anon, I think you are right: there was definitely a whiff of sexism in the way in which the case proceeded: a quiet woman, trying to do what she saw as the right thing, with great determination, and courage, represented by a female barrister, who if she had been more assertive would no doubt have been seen as overly confrontational.

Being middle aged and female means you must reconcile yourself to a life of chastity, poverty and obedience, and stay indoors in case you frighten any young people. According to the Daily Mail, anyway. And take up knitting: I have been given a pattern for a knitted bra, if you are interested?

You terrible tease. Welcome back. Oh, how we need you. See you tomorrow at the trial of the year: The people v Private Eye's Rotten Borough of the Year.

Was just sorting out all my old yarn and knitting needles for you because as you know I've been knitting undies and dreaming of puppies for a while now, but hey, that will have to wait. You've still got lots of work to do