Capitaville, week ten: Mrs Angry and the wall of silence ... 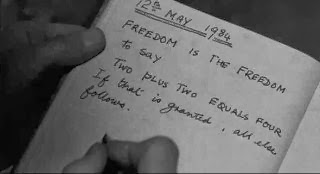 
On Thursday Mrs Angry decided to ask the Tory councillors of Broken Barnet to account for the frankly staggering revelation that we have not only not received the promised capital investment from Capita that was meant to justify the need to outsource so many of our council services, they have taken £16.1 million from the authority's reserves and given it to Capita to cover the expenditure.

I would like to ask you to read the latest post on my blog, Broken Barnet, on the subject of the failure of Capita to deliver the investment promised to us as the keystone of the One Barnet outsourcing programme.

I invite the Conservative members of this council to explain to me, and to the residents and tax payers of this borough, why you have continually promoted this massive act of privatisation on the premise that there is no alternative, due to the need for the capital investment that this deal would produce, when in fact completely the reverse is true, and we now find that you, our elected representatives, far from receiving this promised investment, have instead taken £16.1 million out of our saved council tax, and given this to Capita to cover the required expenditure.

The leader of the council and his Cabinet refused to counter any consideration of an in-house option as an alternative to privatisation on the very grounds that we could not afford the capital investment.

We now find that while continuing to repeat this excuse, preparations were in hand to substitute the investment from Capita with money from our reserves.

An in-house option would of course have saved the jobs of hundreds of employees, and retained all savings made from sensible efficiencies. A competent management of procurement, for example, would have prevented the waste of many millions of pounds of taxpayers money, rather than oblige us to pay Capita a premium in return for a limited amount of savings, beyond which all profit will be for their shareholders, rather than the authority.

Perhaps Councillor Cornelius, his Cabinet colleagues, and the Conservative members who failed to scrutinise the outsourcing programme, or the contract, will now have the honesty to admit to what is surely a gross betrayal of the best interests of the residents and taxpayers and voters of this borough?

Mrs Angry rarely bothers to write to Tory councillors en masse, or indeed individually, but on such occasions there are usually a number of interesting responses, not agreeing with her viewpoint, necessarily - shocking, I know - but replying anyway, for whatever reason.
Can you guess how many replies to this email there have been?

Mrs Angry thought then that she would ask the deputy Conservative leader Cllr Daniel Thomas to explain the matter to her. He has been one of the most outspoken supporters of One Barnet, and always very keen to promote the best use of taxpayers' money. He would, she was sure, be eager to extoll the virtues of handing £16.1 million of our hard earned cash over to a profiteering private sector company, in the form of a big fat cheque, neatly avoiding the embarrassing task of asking for the promised money from our new friends at Capita:

Yesterday I sent the following email to all Barnet councillors and invited the Conservative members to read my latest post and explain to me why you have promoted the Capita contracts on the basis of the promised investment this would bring, when we have now discovered that in fact the reverse is true, and that you have taken money from taxpayers' money held in reserve, and given it to Capita for this purpose.

You must know that this is represents a complete betrayal of trust, and yet not one of you has had the courage to address this, or to attempt to justify what you have done.

As one of those most closely associated with supporting the privatisation programme I ask you now to respond to this email and have the integrity to explain why the Conservative administration has misrepresented the true nature of this shabby deal and committed this borough to a ten year partnership of abject submission to Capita, rather than to retain direct control of our services and protect local jobs.

Councillor Thomas could not wait to reply. At least in Mrs Angry's feverish imagination:

I hope this is clear.

Disclaimer, for the satirically challenged: this is a JOKE.

Cllr Thomas has not responded in this way.

Cllr Thomas has not responded at all.

Why is that, do you think?

Mrs Angry's has been reading and rereading all the interesting statements made by our Tory councillors over the last year or so, regarding the deal with Capita. This has made Mrs Angry's head spin, in an awful muddle. Look at this statement made by leader Richard Cornelius on 6th December, when he announced that he and his Cabinet had approved the NSCSO contract:


Council leader Richard Cornelius said the combination of a saving to the taxpayer of a million pounds a month and an £8m investment in technology by Capita made it a "very, very good deal for the Barnet taxpayer".

Oh: £8 million on technology alone - very generous. And so the leader and the Cabinet did approve the deal on this basis, then, did it?

Now please tell us when - since December 2012 - this crucial part of the agreement was dropped, and reversed, and we ended up paying Capita instead?

If you don't mind.

Oh, and by the way: are you allowed to change such a substantial part of a contract in this way, without telling us?

Some of our Tory councillors are on twitter, and some of us have tried tweeting them to ask for their views on what appears to be a consistent and blatant misrepresentation of the fundamental agreement that was supposed to support the contract.

Mrs Angry was reminded today of her post here - http://wwwbrokenbarnet.blogspot.co.uk/2013/10/capitaville-week-five-redundancies-and.html about the contractual obligations that the authority has to endorse and promote the wonderful deal with Crapita, an extraordinary demand written into the deal, and seemingly unprecedented in similar agreements. Remember this?


(c) The Service Provider shall use its conference business, "Capita Conferences," to provide the Authority with the opportunity to enhance its profile within the industry and to gain access to an effective forum for sharing and development.

The success of the One Barnet programme.

Are our elected members and senior officers able to voice any misgivings they may now have about the new partnership? Or would that be in breach of the contract?

Amusing though, is it not, to speculate that the council which sought to evade accountability to its residents by failing to consult them, then by silencing all debate about its policies, and then by a self imposed silence in the face of all criticism, might itself be subject to the rule of censorship, now they have surrendered all autonomy and control of the process of governance to Capita?

Except of course that, ultimately, the joke is on us, isn't it?