The curious case of the £16.1 million payout to Capita: a joint statement from the Barnet bloggers 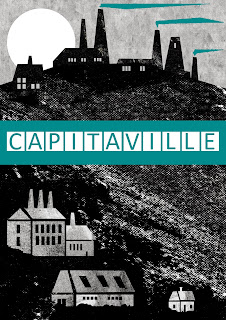 Barnet's bloggers are today issuing this joint statement challenging  the Conservative administration of this borough to explain the circumstances of the £16.1 million of taxpayers' money held in reserve which was given to Capita in August this year, in apparent contradiction of the agreement detailed by the authority before, during and after the contract with Capita was signed.

Throughout the history of the One Barnet outsourcing programme, statements by the leader of Barnet council, Cabinet members, Conservative councillors and the senior management team have all maintained that as a fundamental commitment to the NSCSO contract Capita would make a large ‘upfront’ capital investment.


The necessity of this investment by a private sector partner was given as the reason why the authority refused even to consider an in-house option as an alternative to privatisation of council services.

If an in-house option had been adopted, not only would many local jobs have been saved, all efficiencies made through better management of such functions as procurement would have been retained by the authority, as opposed to a limited amount capped in the contractual agreement with Capita. By ignoring this option, it is arguable that the statutory duty of the authority to make the best use of taxpayers' money may have been breached.


We have now learnt that not only has Capita failed to make the promised capital funding but that in August, in a complete reversal of  policy, the Leader of the Council sanctioned the payment to Capita of £16.1 million of taxpayers’ money held in the authority’s reserves, in order to cover the cost of the capital investment.


We believe that not only have the leadership, Conservative members and senior management team of Barnet Council promoted the need for privatisation, and the contract with Capita, on a totally false premise, they have continued to mislead residents by misrepresenting the facts, and maintaining that capital investment is to be given by the company, rather than admitting that money has been taken from the authority's reserves and paid to Capita for this purpose.

After the Cabinet meeting of 6th December 2012 which approved the contract with Capita, Councillor Cornelius made this claim in a statement published on the BBC London news website

Council leader Richard Cornelius said the combination of a saving to the taxpayer of a million pounds a month and an £8m investment in technology by Capita made it a "very, very good deal for the Barnet taxpayer".

This misrepresentation of the truth has continued even after the payment £16.1 million was formally authorised by the Leader of the council.

The business model approved by Cabinet on 6th December 2012 stated clearly that this investment was to come from Capita: how can it be lawful, therefore, that having approved the contract on this basis, we now find the reverse is true, and that taxpayers are paying for the investment?

If there is any financial argument for such a fundamental change, why has the authority not been open and transparent about this new agreement, and sought approval through the appropriate procedures?

The authorisation to add £16.1 million to the capital programme in order to pay for the capital investment was made on 5th August this year by Councillor Richard Cornelius, in an action defined as a 'non key' decision.

According to the council's own constitution, key decisions are those that are 'significant in financial terms or in their effect on communities comprising two or more wards'.


Clearly the decision to remove £16.1 million from reserve funds in this way most certainly is a key decision, and departs in the most fundamental way from the business model approved in December.

Quite incredibly, on 6th August, the day on which the contracts were signed, and the very next day after the leader signed off the £16.1 million to cover the capital investment, Barnet Council issued a press release:  http://www.barnet.gov.uk/news/article/346/barnet_council_and_capita_sign_contracts_to_save_barnet_taxpayer_millions in which it is stated:

"Capita will also make an £8 million pound investment in technology to improve council back office services".

What is that statement, other than a deliberate misrepresentation of an unpalatable truth?

We note that the explanation of the NSCSO contract on the council's own website, updated after 5th August, continues to maintain falsely that an upfront investment will come from Capita: see here -

Capita will make an upfront investment which will provide improved Information Technology and telephone support to improve council back office services.

In regard to the approval of 5th August, the constitution says:

When key decisions are to be discussed or made, notification is published at least 28 days before. If these decisions are to be discussed with council officers at a meeting of the Executive, this will generally be open for the public to attend, except where personal or confidential matters are being discussed. The Executive has to make decisions that are in line with the Council’s overall policies and budget. If it wishes to make a decision that is outside the budget or policy framework, this must be referred to the full Council to decide.

Unless the change of policy, and a radical change to the terms of the business model represented by the decision to use reserve funds for a capital investment payment to Capita has been formally agreed through the relevant constitutional procedures, therefore, it is reasonable to conclude that the payment may well be unlawful, and as residents, taxpayers and citizen journalists in Barnet we object in the strongest terms to what would appear to be a serious breach of the regulations that are supposed to protect our best interests, and we ask you to instigate an immediate investigation into the issues we have raised. 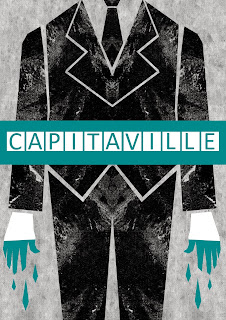 Just to explain that the fifth Barnet blogger, Citizen Barnet, ie Vicki Morris, has gone to a better place, that is to say Nottingham. And serves her right.

But we miss her fighting spirit, her ceaseless campaigning,her brilliantly targeted heckling, and an untiring commitment to radical politics. Oh, and her editing skills, being the only Barnet blogger who can spell.

And who can forget her finest moment, standing on a chair in the committee room, declaring the people's takeover of the Cabinet meeting that signed our council services to Capita - but making sure she took off her shoes first, so as not to leave a mark on the chair.

Sadly missed, especially as now Mrs Angry is stuck with a load of blokes and no one to moan about cleaning behind the fridge,men,knitting and other womanly interests.

Check this out including the appalling grammar!
http://ijobs.independent.co.uk/job/43009/teacher-of-business-studies-and-ict-barnet/?TrackID=7#sc=rss&me=feed&cm=general

A taste of things to come!

with this interesting paragraph:

Keep more of your hard earned pay by using Capita Education Resourcing's approved payroll partner. We can help you keep more of your earnings through tax-efficient payment methods. Details provided upon application.

Hi and greetings from "Up North",

You know better than I how likely an overview and scrutiny committee in Barnet would be to do this.

Secondly you quote from Barnet's constitution about the notice requirements for key decisions. Regulation 9 deals with this. The twenty-eight days prior notice includes publishing the report/s the Cabinet Member is basing his/her decision on. This would allow those affected by the upcoming decision time to lobby the Cabinet Member with their views. Sadly many local authorities aren't doing this and are publishing the reports only after the decision is made! Perhaps someone should advise Pickles that his legislation is being widely flouted?

On a slightly related point Regulation 19 requires the executive leader to submit an annual report to Council detailing each executive decision made where the urgency provisions were used, in fact the legislation states that they "must submit" a report. Has this happened since in Barnet since the legislation came into effect in September 2012?

Thanks, Anonymous: how very interesting. The first post sounds like it is at my old school, which would jump at the chance to use Capita, I am sure. As for the second ... just when we had reduced the tax dodging posts at the Town Hall to one, now we have Capita encouraging 'tax efficient payment methods' ... that would be, presumably, in order to dodge the taxes that pay for, say, SEN schools. Hmm.

And John: thank you so much for this information. I think Cllr Hugh Rayner will be very grateful that you brought this to my attention, as he is such a dedicated Chair of the scrutiny committee in question.

Regarding Reg 9: again, interesting point - a mistake to assume that Barnet is the only authority to apply an unusual definition of key decisions, I suppose, but predictable here.

Reg 19 - in this case I don't think urgency was the offical reason, as the signing off from legal etc was done in April ...

Incidentally the formal complaint sent to the Section 151 officer a week ago has not even been acknowledged yet.

Thanks for that response, regulation 8 defines what a key decision is, so there really shouldn't be any variation between local authorities.

I'm glad my arcane knowledge of obscure legislation is coming in useful for something.

You'd think these people on inflated salaries would have capable personal assistants or secretaries to draft responses on their behalf (at my own local authority the target used to be 15 days from a chief officer and a 10 day response to a letter or email from a councillor). Possibly in these days of cutbacks administration staff have been the first for the chop or job sharing!

The problem with Barnet is that they made all the most experienced governance staff redundant, and decided to share legal services with another borough. This inevitably has led to a deficiency in professional knowledge and skills and mistakes are bound to occur.