Mr Pickles puts it about a bit 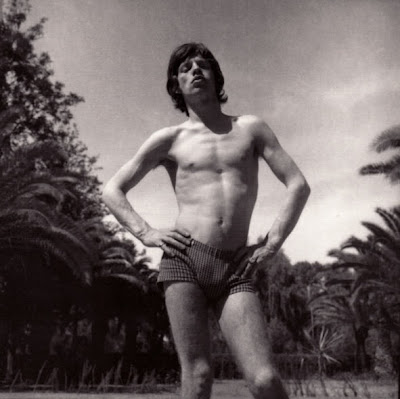 
If someone had told me a couple of years ago that I would be reading articles in Public Finance Journal - and finding them interesting, God help me - I would not have believed it. But there you go, we live in an age of wonders ... in fact, if you are reading this, Miss Bender, my old maths teacher, who spent years lecturing the young Mrs Angry about her disruptive behaviour in class and the dreadful dangers of leaving school without even a rudimentary grasp of the basic skills of numeracy: well, ok, you may have had a point. But look what's happened now: Mrs Angry, armchair auditor. Ha. See?

So anyway: now that I am a fully qualified accountant and financial advisor to the public sector, I do like to keep abreast of developments, and was browsing the latest articles in Public Finance online when, hello: a piece by deputy editor Judy Hirst caught my eye,

"Easy councils. Remember them? They were meant to be the no-frills, low-budget authorities that supplied only the most residual services – and outsourced everything that wasn’t nailed down.Love them or hate them, these outriders for a government with a privatising mission certainly sounded radical. One year on though, it all looks anything but easy.

Barnet – one of the most gung-ho of outsourcing councils – is bogged down in embarrassing disputes about its procurement procedures.

Suffolk has put its ‘virtual’ council plans on hold (experts say they would not make the savings intended). A survey by Unison reveals that more than half of town halls are taking outsourced services back in-house."

Judy Hirst describes the direction from the coalition government as performing a screeching hand break turn'. She explains:

"In the wake of the NHS ‘pause’ – and the debacle over care-home provider Southern Cross – private provision of public services has come under sustained scrutiny.

Barnet’s travails show some of the pitfalls of private contracting – and the perils of inadequate audit. Relying on a US-style ‘small state’ model for local government is starting to look less attractive. The government has told the CBI there will be no ‘wholesale outsourcing’ of services."

This piece dares to raise the issue of Uncle Eric's Localism bill being criticised by the Communities and Local Government Select Committee, and the 142 powers that the bill wishes to endow on the Secretary himself, in order to er push power 'outwards, downwards, as far as possible' - what? Something wrong there, Eric, isn't there? Thought you wanted our elected representatives to take over, acting in our best interests, as they do so demonstrably well, here in Broken Barnet? Ah, but even Eric realises he has to back peddle a bit now.

Mr Pickles says he knows he has been very hard on local authorities, but only in the context of a 'loving relationship' , and now, he says, (watch out, ladies): ''I suppose I'm going to start putting more love about ...'

Is this why today he is quoted as declaring he was abolishing the Audit Commission, because he did not want to become their 'tool'? Eric has other plans, as we now know.

London Government Association Labour leader David Sparks sees him in a different light altogether, however, and fails to be seduced by his charms . He describes him as 'more street fighter than statesman', in fact.

Mr Pickles also tries in this interview to wow us with his literary knowledge, and cheekily refers us to the work of Orwell's Animal Farm in order to criticise what he sees as too much of a similarity between councillors and senior council officers. True, both animals, as found in Broken Barnet, are, like the inhabitants of Orwell's farm, natural born troughers, but I disagree that they speak the same language and have the same cultural attitudes, at least not in this borough. There are a few hardline Cabinet members who are insistent on pushing through their idiotic One Barnet plans, and are on the same wavelength as the senior management team, the rest of the dopes don't know what time of day it is, and don't care as long as they get their allowances, a free buffet, and a turn at dressing up as the Mayor of Toy Town.

In this interview, Pickles declares: 'The vibrancy of local government is not the local management of services, it's democratic control of those services ...'

Here in Barnet, the Tory administration has done everything it can to wrest the democratic process further and further away from the electors it is supposed to represent. The councillors tried to vote themselves a whopping pay rise, took a hatchet to the local constitution in order to prevent the expression of criticism by the opposition councillors and residents in regard to its policies and actions, and defied Pickles own new guidelines on allowing citizen journalists to film and tweet reports of council meetings. Add to that list the stinking mess that is MetPro, and the refusal properly to investigate all the murky background which led to the debacle. Where is the democratic process at work? Where is accountability to the local community?

All of these issues have been raised with Pickles by residents of Barnet - what has he done about it? F*ck all, that's what. His Pontius Pilate attitude is that such things are the business of the local authority, and nothing to do with him. The flaw in his view of localism is that there is no mechanism through which the electorate can influence any decisions made by their representatives, once they are in power.

Here in our borough we are told by Councillor Tom Davey that any decision his party makes in power has been given a mandate simply because they were elected last May: the fact that their manifesto contained none of the outrageous changes they have made is apparently irrelevant. Of course Eric Pickles does not actually believe that the residents of any local authority's area should be further empowered, and more directly involved in government: he wants more power to be given to Tom Davey, and Brian Coleman, and all those Tory councillors who know better than me, or you, and can be trusted to look after us, in their benign, paternal way, in a retro feudal system of social responsibility.

Here's some advice for the pugnacious Mr Pickles:

Hey! think the time is right for a palace revolution
But where I live the game to play is compromise solution
Well, then what can a poor boy do
Except to sing for a rock n roll band
Cause in sleepy london town
There's no place for a street fighting man ...

Looks like compromise solution might be in order, after all, Eric, do you think?
Posted by Mrs Angry at Thursday, June 30, 2011