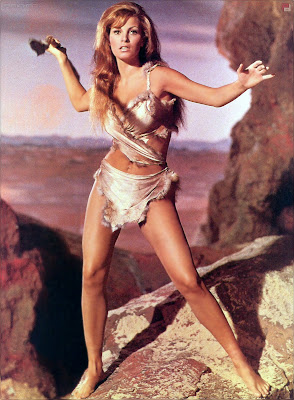 Now what does this mean, Mrs Angry, are you asking? Well, citizens, this latest development is all part of the cycle of life, here in the primeval swamp of Broken Barnet. To survive, one must adapt, and change. MetPro has had three previous incarnations, and now it has, by a seamless process of metamorphosis, evolved into a new one, which Mrs Angry is confident will continue to provide the high standard of service for which the former companies are so well known.

She is also sure that the decision to lose the admirable reputation and all the goodwill associated with the MetPro name was a very hard one for the owner, Mr Noyan Nihat.

Mr Nihat has had a long and interesting business career, you know, including a moment or two of fame relating to his gold recycling company, Money4Gold - wound up, according to the London Gazette, in December 2010 by the same liquidator who dealt with MetPro Rapid Response, incidentally. Amongst his other business interests, Mr Nihat, an old Mill Hillian (just like Denis Thatcher!) runs a company named Evolution Direct Marketing, and has apparently worked in this field for some years. The company is now based at Wrotham Park, along with MetPro - do excuse me, old habits - Evolution Emergency Response.

Still no word, by the way, from Mr Nihat in regard to my request for access to the illicit footage his unlicensed employees secretly took of me and other bloggers at the infamous council budget cuts meeting of March 1st. Barnet's senior officers have denied any responsibilty for the filming, claiming this was nothing to do with them, of course, but never mind - as we speak, there is an investigation by the Information Commissioner in regard to several complaints about the data protection implications of the incident.

Of course the evolutionary process here in Broken Barnet is not confined to the mysteries of our local businesses: political life, and in particular the life of the Tory administration, is perhaps an even better case study for those looking for evidence of mutation, natural selection, and genetic drift. In the struggle for the leadership post, the born survivor proved not to be, as he expected, the man with the largest portfolio, Councillor Andrew Harper, but a contender with a much more modest part in the body of Barnet realpolitik, Councillor Richard Cornelius.

Some had hoped that the appointment of Mr Cornelius would close the door on the One Barnet mania that has gripped the feverish imagination of our Tory friends, ever since the days of the reign of former leader Mike Freer.

BT Vital Visionary, and the high priest of easycouncil, Mr Freer, now MP for Finchley and Golders Green, found the time yesterday from his busy schedule to tweet rather tersely that he was about to speak to the new Leader of the council. I wonder how that conversation went? Anyway, in today's local Times, Mr Cornelius makes it absoutely clear that he is not the enemy of One Barnet ... the report tells us, in fact, that he is committed to making the same level of budget cuts, and worse:

'He is also keen to continue with the controversial One Barnet programme, which aims to save the council £100m over the next decade by allowing private companies to run many key services ...'

He declined to comment on the MetPro scandal, funnily enough.

Hmm. Looks like the Tories may have met an evolutionary plateau, here in Broken Barnet. Or perhaps more likely, like the remaining members of endangered species that cannot adapt to the reality of a changing world, they are simply on the verge of extinction.
Posted by Mrs Angry at Tuesday, June 14, 2011

Labels: all that glisters is not gold, mutation, primeval swamp

Well, at least Mr Nihat will have to rebrand his vehicles with new vinyl sticky plastic.

The change between 'MetPro One Limited' and 'MetPro Two Limited' was so slight, it wasn't necessary - but then that all helped to keep his overheads down, in the cut and thrust of private enterprise.
.

If there is a necessary company name change now, doesn't that suggest that "good will" was zero pounds, in any exchange of assets last time?

A rose by any other name will smell as sweet, baarnett ...

Marketing practitioners will tell you that when a company is forced to change its name (or ‘re-brand’ to use the preferred vernacular) it is often indicative of a company that is on the slippery slope to oblivion.

As to Mr Cornelius, the general consensus is that he is a ‘nice man’. He has certainly always been courteous and pleasant to DCMD, but someone who votes to end the warden service and subsequently refuses to meet those affected by the decision does not meet any recognised definition of ‘nice’. DCMD suspect that he will prove to be as effective a leader as the last Totteridge councillor to hold the post.

BTW, thanks for posting your photo Mrs Angry.

yes, taken last year in Dorset. You can see my appendix scar, unfortunately ...