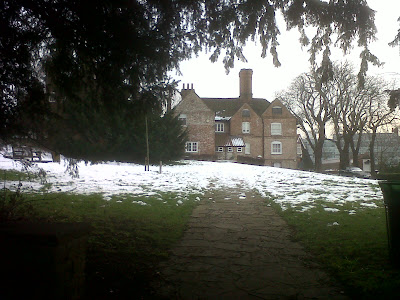 Church Farmhouse seen from the grounds' boundary with the park


Mrs Angry took a trip to Church End, Hendon today, to take another look at the grounds of the Church Farmhouse, which our Tory council wants to sell off for development, along with the Grade 2* listed house, our former museum.

Sneaking round the right hand side of the Farmhouse, rather than the more public approach, it becomes immediately apparent that there is a very intimate relationship between the house, St Mary's church, and even the Greyhound pub, sitting at an angled position to both buildings. The reason for this, as Mrs Angry discovered later, on reading a local history of old Hendon, is that the Greyhound was once known as Church House, and was a parochial building. But the proximity of the tower, the oldest part of the Church, to the Farmhouse is quite astonishing, a matter of a few yards, and the sparsely planted hedge between the two plots is a negligable affair, encouraging the thought that there is no natural division between the farm and the church sites. And all the more reason to protect these grounds from development.

The grounds, or gardens, as we should remember to call them, were still covered in snow, and extraordinarily beautiful and still in the chill early afternoon light. The only noise was from the birds flitting about from tree to tree, and the place was a delightful place to be, even on such a cold winter's day.

The Farmhouse is at the top of the hill, sloping quite quickly away, down to the gate which leads through to another vista across Sunny Hill Park, once a field belonging to the farm. Where the gate is there is another boundary, an old boundary of yew trees, which seems to continue sporadically along the edge of the old churchyard next door. There is also what looks like an old coppiced yew in the grounds, near to the church boundary: of course yews are associated with old churchyards, and even with the pre Christian sites that are often lying under later places of worship. 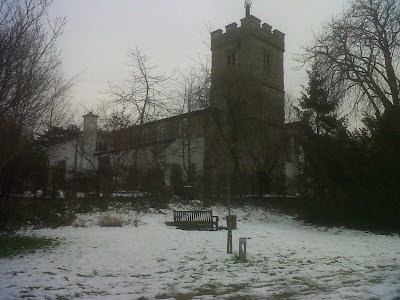 It is impossible to stand in the grounds of the Farmhouse, in short, and not realise that this is all part of a very old site, dating back certainly a thousand years, and probably much much further. Small scale archaeological digs by local societies suggest that there may have been a Roman settlement here: in one of the more recent local history guides there is even speculation that there may have been a Romano-celtic temple.

If, like Mrs Angry, you rather enjoy the gloomy pleasures of wandering about churchyards, St Mary's is somewhere you should visit. There are some fabulous tombs and graves, some half open, mouldering away. This is the place, it has been said, that Bram Stoker took as his inspirations for the scene in Dracula ,where Van Helsing cuts off poor Lucy's head. And mindful as we are of Charles Dickens, at the moment, it is interesting to remember that he used to like this spot, and wander about here admiring the view 'northwards and westwards': you can see Harrow on the Hill and other high points in what was once the open countryside of Middlesex. 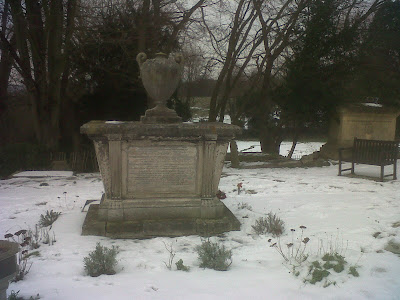 The churchyard that inspired Stoker ... and the same boundary line

Another literary association is with the Farmhouse itself, where Mark Lemon, the first editor of Punch, used to stay with his grandparents. It is tempting to speculate what satirical view Mr Lemon - or indeed his good friend Dickens - might have formed of the latterday aldermen who are trying to sell this corner of old Hendon off for property development.

That the museum was closed is a disgraceful thing, and will cast an eternal shame on the idiotic Tory councillors of our borough, who, as Labour's Jim Tierney remarked at a recent meeting, know the price of nothing, and the value of nothing.

To try and package up the historical grounds and offer them up for property speculators, or maybe at best, to be tarmaced over for a car park: this is just impossible to understand. But then this is Broken Barnet, where the past has no meaning, nor the future, and the only thing that matters is profit at the expense of everyone else.

Wandering about a churchyard gives a sense of the longer perspective of our time here, though: a thousand years, two thousand years - here today, gone tomorrow. What we leave behind is the only thing people will remember. What will our philistine Tory councillors be remembered for? Shutting museums and a destructive legacy of selling our heritage to the highest bidder. 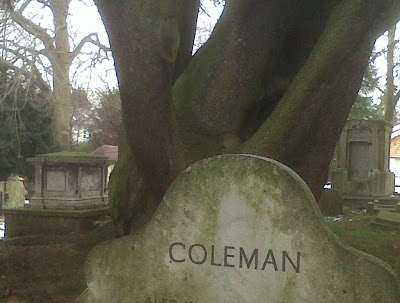 If you object to the shameless sell off of the Farmhouse gardens, please do so before the end of today, Friday 10th February: email:

Labels: Beneath those rugged elms, that yew-tree's shade

You've come over all Pesvner, haven't you Mrs A?

Does anyone have the North London edition? Is this place in it?

hmmm, probably baarnett. I just feel upset about the thought of something awful being done to the place: closing the museum was bad enough but building in the grounds would just be an outrageous act of vandalism.

Your passionately written piece shames the soulless knaves and fools of Barnet Council. They disgrace the offices that they hold and they defile the many years of civic service of their (albeit not recent) predecessors.

I should like to know how LBB reconciles this cultural vandalism with the words of the Mayor of London in his London Plan (published July 2011) which boasts of London's "globally recognised heritage", talks of "making living here a better and more enriching experience for all" and "London's heritage and distinctiveness".

"Boroughs, in consultation with English Heritage, Natural England and other relevant statutory organisations, should include appropriate policies in their Local Development Frameworks for identifying, protecting, enhancing and improving access to the historic environment and heritage assets and their settings where appropriate, and to archaeological assets, memorials and historic and natural landscape character within their area".

The Council's line to take is that they have been forced to be so brutal to the heritage sector because of the extreme crisis suffered by the the whole economy. That's nonsense; as the bloggers have shown, in business matters large and small the Council and its senior officers are simply inept.

The truth is that the Tory council here is a law unto itself. Their version of Conservatism is an aberration, and they are an embarrassment to themselves and the party. This is what happens when a cabal of dominating influence takes control of an administration and considers itself beyond the scrutiny of fellow councillors and electors.

Heritage is only of interest to right wing lunatics when they can use ot for their own purposes. The Barnet Tory leadership sets no value on such things, so will dispose as much of it as possible for profit.

If we let them.