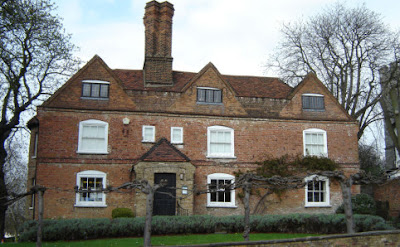 As reported some weeks ago, there is currently a period of 'consultation' whereby any objections to the 'disposal' of the 'garden grounds' of our former Church Farmhouse Museum in Hendon may be submitted to the council. This period will end on the 10th February. If you have not done so yet, please take the time to write and express your objections.

A notice regarding the 'garden land' to the rear of the museum was published in a local paper, referring to a 'proposed unencumbered freehold/long leasehold disposal' of the grounds surrounding the Grade 2* listed Farmhouse, which until the Tories stripped it bare for sale, held our local museum.

In this notice, a reference was made to Section 123(2A) of the local Government Act 1972, and it is stated that 'Before taking any further decision on the proposal the council will consider any written representations received'. 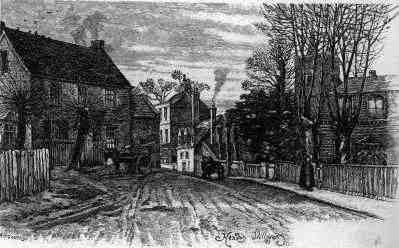 Obviously the scheming council, stuck with the offputting limitations of the listed and protected house, wants to be able to maximise profit from the old museum site by flogging the grounds off to any old developer with a bunch of used fivers in his briefcase. 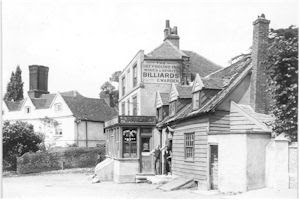 Similar view, including what is now the bloggers' local, the Greyhound

Mrs Angry has objected on the basis of the long established use of the gardens as a public amenity, the need to retain the area as a greenspace, the need to preserve the integrity of the property's boundaries, and the danger of development if the land is separated from the property, especially in an area of historic and archaeological sensitivity. Church Farm, as the name implies, is adjacent to St Mary's Church, believed to be a Saxon foundation, and certainly in existance by the time Domesday was compiled. But there is proof of an earlier Roman settlement here too, and the material found in one or two small scale archaeological surveys that have been made in this area suggest that we should be doing all we can to stop the development of this ancient heart of the parish of Hendon.

Just to make it more difficult for residents to engage in any easy consultation, the council has not provided an email address to send your views, so you will have to write quickly to: 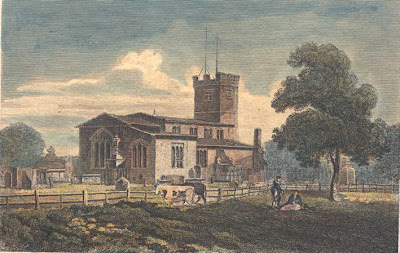 Rural Hendon, and an eighteenth century view of the church

Mrs Angry rang Barnet Council this morning to ask for the name and email address for this officer. This took some time, as the operator remarked: 'It's a nightmare now trying to find who does what job as there is such a turnover ...' 'Mmm', said Mrs Angry: 'All those interim posts ...'

In the end it was suggested that all objections, with the ref number and date of consultation period noted should be sent to: first.contact@barnet.gov.uk
Posted by Mrs Angry at Wednesday, February 08, 2012

Labels: our borough, our heritage, our jobs, our museums, our services

We have just celebrated the 200th anniversary of the crossing of the Blue Mountains west of Sydney australia. William Lawson, one of the explorers, was baptised in St Mary's Finchley in 1774. It is so sad to see heritage sites threatened. I am a descendant of William Lawson and regard the Barnet area as "holy ground".

That's really interesting, E Tyzacke: St Mary's Finchley, you will be pleased to know, is still very much a parish church and has many of the orginal gravestones outside, although a few have been moved over the years. Have you contacted the local archives to see if there is any material about Lawson? Google Barnet Archives: the archivist is Hugh Petrie.

I think my great grandmother Dionysia Wills was distantly related to another Australian explorer, William John Wills,born in Totnes, who had rather an unfortunate ending to his own journey into the unknown,the north to south crossing.