Mrs Angry's Book Club: The Psychopath Test, and the One Barnet knife under the cloak 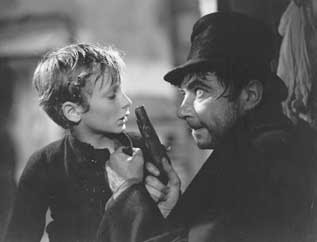 Mrs Angry has been reading a very interesting book this week: one which has had her sitting up in bed in excitement, (a rare thing these days) and floundering about looking for a pen to UNDERLINE IN RED certain paragraphs.

What is this book, Mrs Angry, you may be wondering, and where can we find it?

It is written by Jon Ronson, and it is called 'The Psychopath Test.'

You may borrow it from your local library, or you may wish to visit your local high street and buy a copy ... oh: parking. Mmm. Have to be Amazon then.

In a couple of posts last year, Mrs Angry posed the theory that political administrations sometimes appear to act in a form of group psychosis, exhibiting a corporate personality disorder: in this borough, she argued, the dysfunctionality of much of the local authority's One Barnet regime is entirely attributable to an almost psychopathic detachment from the community with which it is supposed to engage. Or maybe the term should be sociopathic: a functional disorder, serial acts of socially damaging policies rather than a trail of bloody corpses.

And here we are: ha - look, in this book, amongst Jon Ronson's musings on the nature of madness and how it is defined and perceived. And he takes a stroll down the interesting path of speculation that society is dominated by insanity, and that in terms of psychopathy, its influence in political and corporate life is pervasive and dangerous.

In other words, the qualities that define psychopathy bring success in the business world and government: ruthlessness, remorselessness, selfishness, a need to dominate and control, a tendency to aspire to unrealistic goals, manipulativeness, and above all, a failure to empathise with the feelings of others.

In Broken Barnet many of these qualities might be said to be the mark of our merciless Tory council, and its policies in action. Like a serial killer evading arrest, their model for government keeps changing its name: Easycouncil, Futureshape, One Barnet - same old habits though. Nothing much matters except the indulgence of its own fantasies, no matter the cost to anyone else. One Barnet has our borough dragged round the back of a dirty alleyway with a knife at its throat, and we can't do anything about it, except kick out and yell. Or so they think.

Are we going to allow ourselves to be willing victims? I don't we think we will.

The massive scale of the £1 billion programme of outsourcing in which the Tory administration is indulging, with the 'ruthless drive for efficiency' it boasts of, will have fatal consequences for all of us in Broken Barnet. If you are are elderly, or very young, disabled or in need of care or support, be afraid: be very afraid. There will be a new name over the council's one stop shop: it might be BT, or Capita, or Serco, or one of the less powerful private companies: whatever name it is will spell disaster for you. Services will no longer be directly controlled by the authority, and the need to extract a healthy profit from the provision of these services will inevitably lead to higher cost for us, the local tax payers.

Of more immediate concern, however, are the implications for council employees and the local economy.

If the outsourcing programme goes ahead, most of these workers face the terrifying reality of loss of job security: they will be at risk of redundancy or transfer to a new employer with only twelve months guaranteed employment and pay, while the overpaid senior oficers who have arranged this magnificent opportunity for their friends in the private sector will continue with their six figure salaries and the prospect of a bright future.

Mrs Angry is always curious to look at her blog visit stats, and see who is reading the rubbish she writes. Over recent weeks she has been increasingly intrigued by one regular visitor from Bangalore, who seemed unhealthily preoccupied with a search for information relating to outsourcing opportunities here in Barnet. Mrs Angry is always vigilant too with new twitter followers, and always checks them out, finding one or two people she would really rather not be associated with (and goodness me, why some new followers seem to want Mrs Angry to be so intimately acquainted with them, she is unsure: barking up the wrong tree, ladies). And look: here is a lawyer specialising in outsourcing to India. He is blocked now, and after tweeting her suspicions, the man from Bangalore has learnt to be more discreet too ...

Bangalore, citizens, is the outsourcing capital of the world, for IT, software, call centres and so on. BT, Capita, Serco, HCL Axon: they all have a presence there. It seems possible, no: likely, that one of the short listed companies vying for business from Barnet is planning to outsource jobs to the Indian subcontinent, where low pay guarantees them a maximum profit, at the expense of your job, and all the knock on effects on our local economy.

Not only does this mean dreadful consequences for jobs and workers in Barnet, it means a serious threat to the standard of services here: do you really think that a call centre dealing with every council service, with staff thousands of miles away, reading from a script, can deal appropriately with sensitive issues of social care, for example?

Council staff have decided to mark their day of action by a positive contribution to the community, and members have volunteered to help a local charity, the Larches, which works with residents with learning disabilities.

Yesterday, as reported in the previous post, saw a protest by local traders in North Finchley who are being held to ransom by the Tory council's refusal to withdraw its catastrophic new parking scheme: just one instance that reminds us that the residents of this borough are not quite ready to lie down and let the council do what they like with us.

At the weekend this blog alluded to the self indulgent Diamond Jubilee nonsense being promoted by Councillor Coleman and his acolytes, at our expense. No offence to Her Maj, who has always done what she sees as her duty with application, dedication, and remarkable energy. But Mrs Angry prefers to mark another anniversary today: that of the bicentenary of Charles Dickens.

Dickens spent quite a bit of his time here in Broken Barnet, as it happens: he lived just a few hundred yards away from where Mrs Angry is writing now, this evening, when he was writing Martin Chuzzlewit,and spent a fair amount of time walking about the lanes of Finchley: he is also said to have based his inspiration for Oliver Twist on the now demolished Barnet Workhouse. Mrs Angry's suggestion for a new model of One Barnet workhouses, last year, left on the idiotic Ideas Barnet website, stuffed full of bogus ideas planted by senior officers, was, to her horror, left intact, and even received endorsement from some deluded contributors. The use of ironic gestures is a dangerous tactic, here in Broken Barnet, in the twenty first century.

Dicken's writing reflects a profound sensitivity to the eternal preoccupations of the human experience, and the life of ordinary people, and in particular that of the underclass that will always be with us, and in need of care from the more fortunate members of society. This is the antithesis of everything One Barnet stands for, the need to support the vulnerable members of our society, and ignore the best interests of the wealthy, and the privileged, and those who can take care of themselves.

Today, on the two hundredth anniversary of the birth of this great man, perhaps we should remember that a lack of empathy with suffering, and the human condition, is a sign of something abnormal, something to be feared and resisted. We should all of us strive to obstruct the One Barnet agenda, and its 'relentless drive for efficiency', and remind ourselves of the things that really matter: community, society: each other. 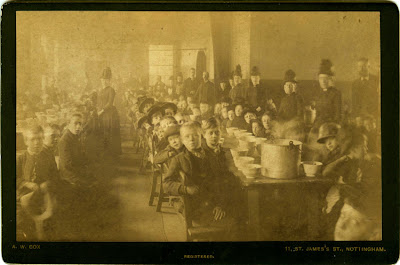 Labels: the road to Bangalore, The smyler with the knyf under the cloke

Marvellous as ever Mrs Angry but I think that you might not be correct in one particular. I think a new employer can make a transferred employee redundant in the first 12 months as the old employer could have done so.

There is a plan afoot mind you to slim each of these services down to the bone beforehand in order to try and avoid accusations of giving easy meat to the new outsourcing provider.

However, as management can't seem to manage to vet simple FOI requests and/or answers to council about parking permits and vouchers so that the numbers are correct then what hope is there that they can deal with something difficult like the optimum size of a directorate.

It is a brave man, Mr Mustard, who dares to suggest that Mrs Angry may not be correct in all particulars.

Not sure about the finer points of TUPE & all that but certainly I have heard the dep leader young John Thomas telling a committee what wonderful terms they provide, and how grateful the staff should be, so he could not be mistaken, could he?

The management cannnot properly organise the most simple activity and cares not the slightest as it hurries to hand as much possible of our borough to the private sector. Their roles are not to be efficient administrators, relentless or otherwise, so much as effective facilitators.

"Among other public buildings in a certain town, which for many reasons it will be prudent to refrain from mentioning, and to which I will assign no fictitious name, there is one anciently common to most towns, great or small: to wit, a workhouse; and in this workhouse was born; on a day and date which I need not trouble myself to repeat, inasmuch as it can be of no possible consequence to the reader, in this stage of the business at all events; the item of mortality whose name is - 'One Barnet'.

The shop-owners in the neighbourhood had long been in the habit of branding Brian, in the public streets, with the ignominious epithets of ‘what about parking?’ ‘uncaring oaf!’ and the like; and Brian had borne them without reply. But, now that fortune had cast in his way a 'One Barnet' policy, at whom even the meanest could point a greater finger of scorn, he retorted on it with interest. This affords charming food for contemplation. It shows us what a beautiful thing human nature may be made to be; and how impartially the same amiable qualities are developed in the finest lord and the dirtiest councillor.

hmm ... let's not forget Mr Bumble, the beadle,who is, as one commentary puts it:

"The pompous, self-important beadle—a minor church official—for the workhouse where Oliver is born. Though Mr. Bumble preaches Christian morality, he behaves without compassion toward the paupers under his care. Dickens mercilessly satirizes his self-righteousness, greed, hypocrisy, and folly, of which his name is an obvious symbol".