A Royal Visit, some lucky winners, and some sad losers:Mrs Angry Predicts 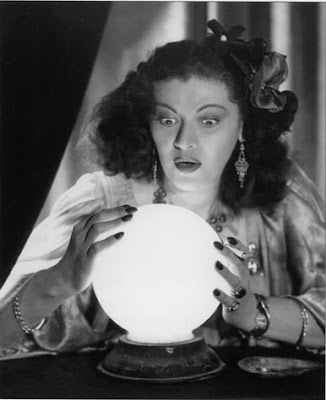 Well, dear me, it has been a long and difficult week, and now Mrs Angry has a migraine hovering, and she should really not be writing anything, but she is moved to pass on some news to the citizens of Broken Barnet.

The mists are clearing in Mrs Angry's crystal ball ... and look, here is an amusing sight. It is almost amusing enough to be a Friday joke, but Mrs Angry is trying not to laugh in case it makes her head hurt more.

She sees a tubby little Tory councillor preening himself in front of a mirror, wrestling with his waistcoat buttons, smoothing down his best tie with trembling hands. Look, he is practising a bow. Not too low, Brian, those trousers are a teeny bit tight, and her Majesty doesn't want to catch sight of your bootylicious backside, now does she? Brian looks carefully at his reflection. 'Ma'am', he mutters, with a manly nod, the knowing, expectant nod of a man who, in this time of unprecedented austerity, has just paid £1,000 of local tax payers money for a four minute anthem entitled 'Common Wealth' in praise of the royal jubilee. Her Majesty looks on in bemusement. Councillor Coleman sits and waits by his letter box for a very special letter from Buckingham Palace. It never comes.

Yes: Mrs Angry predicts a royal visit to our borough, next month. 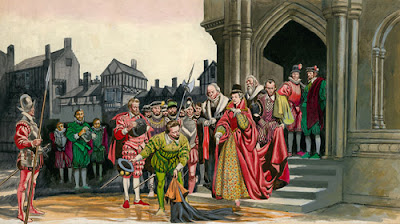 Councillor Coleman and his chums are beside themselves with excitement. But what will Her Majesty make of the state of things in Broken Barnet?

The state of things in Broken Barnet, then: and another, rather more important prediction ... unless Mrs Angry is being misled by her spirit guides, she thinks she can see the names of the lucky two winners of the current round of the outsourcing dialogue for the £750 million customer services. An announcement looks set to be made on Monday morning, anyway.

Congratulations to both, on a battle hard won, against all the odds. Ha.

And commiserations to HCL Axon and Serco: if Mrs Angry is right, well: I told you so will sound rather mean, but I did.

Mrs Angry suggests that any unlucky candidates who might feel themselves inclined to speculate on the nature of the term 'tender fodder' might like to re read some of Mrs Angry's recent posts on the subject of this process with renewed interest.

One of Mrs Angry's new twitter followers yesterday is a Mr Jonathan Thomas, of Capita Symonds. Mrs Angry was going to block him, but thought better of it, and sent him a welcome message instead. The cheeky bugger favorited it. This is going to be fun: another John Thomas in Broken Barnet. Is there room for two?

Mr Thomas' area of expertise, according to Linkedin, is in outsourcing and offshoring, and he is a Business Development Director. What is offshoring, Mrs Angry, you may be asking?

Well, wikipedia puts it like this: "Offshoring is defined as the movement of a business process done at a company in one country to the same or another company in another, different country".

It also tells us:

"Another focus area has been the software industry as part of Global Software Development and developing Global Information Systems. After technical progress in telecommunications improved the possibilities of trade in services, India became a country leading in this domain ..."

Call centres are one of the services offered by companies using offshoring as a way of undercutting cost for tender bids, of course.

We have already discussed the visits this blog has from Bangalore, outsourcing/offshoring capital of the world , the attentions of lawyers who specialise in outsourcing in India: and the fact that Capita, Bt, Serco and HCL Axon all have a presence there. It is perfectly clear that the intentions of some of the shortlisted companies is to dump as many local jobs as possible, and use cheap labour in the Indian subcontinent in order to maximise their own potential for profit from this shameless commercial exploitation of our council services 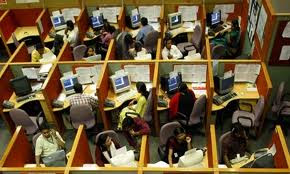 Our jobs, our services, our families: all at risk. Our borough is being sold off, piece by piece to predatory global companies looking for new business while our local economy struggles to survive in the worst recession in living memory .... Yes: we really do have an anthem in there somewhere for Her Majesty to listen to, when she comes to visit Broken Barnet, but it won't be the one Brian Coleman and Richard Cornelius and the rest of the shameless Tory councillors want her to hear.

PS: Hold the post, Mrs Angry is receiving more news via the ether ... what's that ... oh dear, dear me yes, yes, Ed Lester, hmm consultants, PAYE, uk oh .... it looks like there are hard times ahead for the senior officers of Broken Barnet ... a large man in braces is getting almost as angry as Mrs Angry and is writing a rude letter. Here is the rude letter for us all to enjoy: bad luck chaps ...
"Government rules to open up Town Hall pay practices and senior salaries to public scrutiny now include measures to root out any inappropriate tax avoidance arrangements, Local Government Secretary Eric Pickles announced today.Chief Secretary to the Treasury, Danny Alexander has set out the Government's commitment to tackling all forms of tax avoidance. As local government is also paid from the public purse Mr Pickles has issued new statutory guidance that addresses the matter.The Localism Act requires councils to publish and be accountable for their pay policies, helping to ensure that local remuneration arrangements - particularly for chief officers - provide value for money for the whole of the public sector.The Government's associated guidance on Openness and Accountability in Local Pay published today now states that authorities should review the terms of senior appointments, particularly where arrangements could be perceived as seeking to minimise tax payments.It specifically states that councils should vote on salary packages for employees greater than £100,000 a year. Councils should also publicly justify any big bonuses, above inflation pay rises, or the recruitment of staff already in receipt of public sector retirement or severance money.Elected councillors have until the end of next month to approve pay policy statements that should include explicit local policies on all the above practices and whether or not they intend to permit any of these sorts of arrangements.At a time when the public are worried about the cost of living and all parts of the public sector should be making savings, this action will give taxpayers the clearest evidence possible that value for money has been considered in pay policies.Eric Pickles said: "Opening up the pay deals of top Town Hall jobs to public scrutiny will mean taxpayers know with certainty their interests are being protected. "Local people have a right to know whether any Town Halls allow tax arrangements that could short change the public purse; whether bumper bonuses are being awarded to poorly performing workers; or whether pay is being hiked up for execs who've boomeranged from post to post. "The door to council pay practices is being unlocked by the Localism Act - local authorities must now publicly endorse their pay practices by next month. Doing this will reassure residents that local pay is fair, fit for purpose and fully 'democracy proofed'."Mr Pickles has previously called for council chief executives earning over £200,000 to take a ten per cent pay cut and those earning £150,000 - more than the Prime Minister - to take a five per cent pay cut. Independent research has found that between January and June 2011 newly appointed chief executives were earning on average 19 per cent less than their predecessors."

Mrs Angry suggests to the 'interim' consultants of Broken Barnet's senior management team that there would appear to be a lot of employment opportunities in Bangalore. 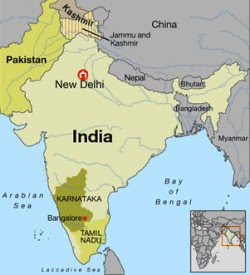 Citizens - never doubt the psychic powers of Mrs Angry: as she predicted, BT and Capita have this morning been announced as the lucky finalists in the ha 'competitive' dialogue process.

HCL Axon and Serco fall by the wayside. Serco has other fish to fry, and won't be surprised or particularly disappointed - HCL Axon never stood a chance, and sadly their case was not helped by being the only bidder to voice the slightest commitment to, or interest in, the the borough as a community.

Broken Barnet is not a community, it is a business opportunity.

The final round of 'One Barnet': a game of outsourcing, will be settled by a carefully coordinated bare knuckle fight outside Hendon Town Hall, at a date yet to be announced.

It's "Your Majesty" the first time, Mrs A, and only "Ma'am" after that.

You cannot believe the Queen would bother to talk to Brian TWICE in a conversation, surely?

And he would be pretty flummoxed if she asked him: "And what do YOU do?"

I bow to your superior knowledge of court etiquette, baarnett. Last time I saw the old girl, we simply made polite faces at each other, and no conversation ensued.

But she still talks about it.

And do make sure Cllr C knows, Ma'am rhymes with ham not with harm. I should hate to see him embarrass himself

He does call in from time to time, Mr Roper, and I am sure he will be very grateful for the advice of a scholar and a gentleman like yourself. We wouldn't want HM to confuse him with some ghastly sort of common oik, now would we?

By the way, in your capacity as Broken Barnet's racing correspondent, what odds will you advise on the Capita/BT contest?