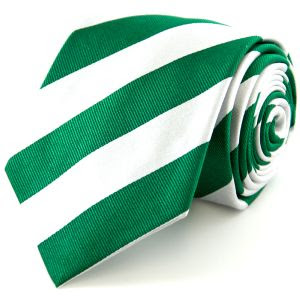 Mrs Angry stumbled as she entered the room.Looking up, from behind her eyelashes, she could not help but notice the cool eyed auditor, Mr Paul Hughes, smirking, and regarding her with amusement, as he sat at his desk, files wide open, frantically playing with his pens.

He smirked again, Mrs Angry gasped: yes - look: was that ... in his lap a One Barnet invoice ... and the tell tale signs of an enormous redaction. Oh Mr Hughes. And we haven't even started.
I - I have some questions for you, she stammered, shyly. Beside the desk, she noted, was a carrier bag containing a length of rope, some masking tape, a big bottle of tippex, and a bonus buy multi pack of black marker felt tips. Aha ...Mr Hughes, whispered Mrs Angry, her inner goddess squirming in anticipation: Have you been to Homebase?And WHSmith, he replied, baring his white teeth. Mrs Angry shivered. Mrs Angry, asked Mr Hughes, with a distinctly menacing tone ... have you looked at the contract? She nodded quietly.Are you, as a resident, citizen journalist and armchair blogger, willing to engage in a relationship of submission to, and total dominance by, the London Borough of Barnet?She shook her head. It's no good, she whispered. I can't do it. The contract has not been tendered subject to European standards of procurement and therefore as such must be considered to be legally non compliant.Well f*ck me, said Mr Hughes: since when have we cared about that, here in Broken Barnet?

And then Mrs Angry woke up, rubbed her chafing wrists and jumped out of bed in excitement: yes, today is the day she is off with Mr Reasonable, and Mr Mustard, playing gooseberry as usual, to see the district auditor at North London Business Park.

Audit is a highly complex process, and one we take very seriously, here in Broken Barnet.

Well, actually, no, that would be a fecking lie.

Audit is part of the Broken Barnet game of counter transparency and accountability.

In the through the looking glass world of Broken Barnet, everything is upside down, and topsy turvy. What should be tranparent is covered up. What should be made open and accountable, is kept secret. What must be obscured, must be endured.

Or so they want us to believe.

We sat waiting for half an hour in the lobby at NLBP today, waiting for our annual audience with the council's external auditors. Three times we informed reception we were waiting, no one came to get us. It was not the warmest of welcomes.

Never mind, we sat and entertained the appreciative man from Capita sitting behind us, eavesdropping, with our scurrilous conversation, and eventually were taken to see Mr Paul Hughes, and assistant sitting in a feverishly hot, windowless office, like the interrogation room in a police station. Which was quite fitting. Sadly, due to G4S, & the shortage of suitable security staff, the high level escort for us on this visit had to be supplied by a platoon from the Household Cavalry. It was a bugger of a job getting those horses to stand still outside the ladies, I can tell you.

Mr Hughes refused to see Mr Mustard at the same time as Mrs Angry and Mr Reasonable. Not sure why, except he said he would see two, but not three. He clearly felt outnumbered, and sat there, hugging his arms to his chest, sticking to his guns. Mr Mustard was very cross, and left. Perhaps it was the 'I'm Not for Sale' t shirt which upset Mr Hughes, or the fact that he might be told off by Mr Mustard, who is very good at adding up, & stuff. Well, so is Mr Reasonable, but he is much more reasonable and polite. 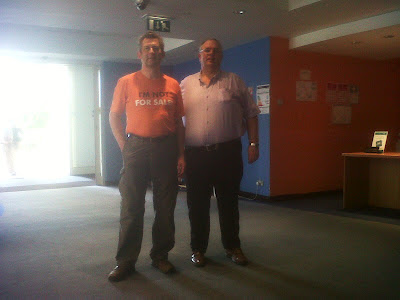 Mr Mustard and Mr Reasonable, before Mr Mustard was thrown out

Mr Reasonable will tell you all about his own reasonable items for discussion. Mrs Angry had one or two things to discuss, as you might imagine, but had also written Mr Hughes a formal letter, with three main areas of concern.

We complained about the obstruction of the right to inspect the accounts, which had made the point of our interview with him almost pointless (almost).

Mrs Angry reminded Mr Hughes this was a criminal offence, and asked if he would be reporting it, and if not, why. He said he would not, as it was nothing to do with him. Erm, but surely the auditor should have a point of view on residents not being able to raise queries about the accounts, due to the authority not allowing them to see the accounts? No, apparently not.

What do you make of that, Eric? Are we not supposed to be better empowered by all that localism stuff? Are we not armchair auditors - but with nothing to audit?

Mr Hughes did not want to discuss any other matters not specific to the accounts. We pointed out the dilemma with which that left us, having to guess what might be in the accounts we are not allowed to see. To little avail. Luckily Mrs Angry had put her other concerns in her formal letter to the auditor, which he will have to consider and respond to. And Mr R raised a specific and potentially very serious matter relating to the accounts which he had noted elsewhere, which will be investigated. We hope.

There seemed to be an awful lot of things which the auditor does not do, or cannot do, or does not want to do. Mrs Angry asked Mr Hughes, nicely, if he would not mind telling her what exactly, for £400k a year, he does do?

I'm not answering that, he said.

Bearing in mind, continued Mrs Angry, mischievously, that at least in the case of MetPro & and the massive scale of procurement failure in Barnet, we, the bloggers, had done it for him.

He smiled a very tight smile and said: That would be your view.

We raised the topical issue of the number of 'interim' consultants currently employed in Barnet's senior management structure, as discussed at the House of Commons Public Accounts Committee yesterday (see previous post). Mr Hughes was unaware of this latest, well deserved moment of embarrassment for our council, so we made the effort to explain to him the extraordinary fact that apparently there are more of these interims in Barnet than the rest of the country put together, and that the Chair of the Committee has demanded that Barnet to explain themselves to her ...

Mrs Angry asked about the risk of an enormous tax bill landing on our council's desk, and whether employing so many consultants at such high rates, and over such a prolonged 'interim' period represented value for money for Barnet residents. Mr Hughes made notes. Mrs Angry imagined he was writing I HATE MRS ANGRY all over his pad of paper, but perhaps she was being unkind.

We then moved on to the interesting subject of One Barnet, and the absence of any independent risk assessment. Mrs Angry has followed the helpful advice of Councillor John Thomas at the last Barnet Cabinet Resources Committee, when she asked some questions on this score, and he informed her that any resident was perfectly entitled to raise concerns about any specific risk to the auditor.

Mrs Angry had thought at the time that Cllr Thomas, in his shy way, was really saying, please help us, Mrs Angry: help us throw a spanner in the works of the merciless machine that is the One Barnet programme, which our officers are so awfully keen on and so were we, but now we can't quite remember why, and so - she has done just that.

No need to thank her, John Thomas.

As we detailed our concerns, Mr Hughes made lots more notes. Perhaps he was writing I REALLY, REALLY HATE YOU, MRS ANGRY, AND I DON'T MUCH CARE FOR MR REASONABLE EITHER, TO BE FRANK. Or perhaps he was indeed genuinely concerned about the alarming lack of understanding of the management or risk in regard to the biggest outsourcing programme ever attempted by any local authority, but which was, seemingly, drawn up & written on the back of a box of matches, or possibly a postage stamp, by - was it you Robert Rams? No: look - joined up writing. Must have been a consultant. Interim.

PS: In the course of our conversation it transpired that Mr Hughes not only does not keep abreast of parliamentary accounts committees, he does not read Private Eye, and was blissfully unaware, for example, of the recent unpleasantness at Wirral Council, in regard to failures - albeit to a much less serious degree than we have seen here, in - what was it now ... procurement, yes, resulting in a stinking report from their district auditor ...

Mrs Angry recommended the Rotten Boroughs page, for the benefit of his wider education, and she would suggest, Eric, that this should be required reading for all local authority auditors, armchair or otherwise.