Plan 9 from outer space: One Barnet 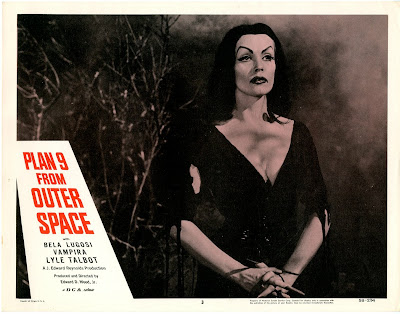 Mrs Angry is not convinced, and will tell you why

Greetings, my friend. We are all interested in the future, for that is where you and I are going to spend the rest of our lives. And remember, my friend, future events such as these will affect you, in the future.
You are interested in the unknown, the mysterious, the unexplainable. That is why you are here. And now, for the first time, we are bringing to you the full story of what happened on that fateful day.
We are giving you all the evidence, based only on the secret testimonies of the miserable souls who survived this terrifying ordeal. The incidents, the places, my friend, we cannot keep this a secret any longer. Let us punish the guilty. Let us reward the innocent. My friend, can your heart stand the shocking facts about grave robbers from outer space?

Barnet takes its full council meetings very seriously. Too seriously, in fact, but not quite in the way they should.

The emphasis of these events is not so much on enabling any sort of debate, or process of engagement with the community, so much as producing a performance of corporate ritual meant to impress the grateful residents of Broken Barnet. This sort of moth eaten municipal pagaentry may well have gone down well with the local ratepayers of 1962, sitting there meekly in their Burton suits and John Dunn cravats, thrilled to see their fellow masons and rotarians in the chamber approving works to the public highway, or sending loyal birthday greetings to the Queen Mother, but this is 2012, and things have moved on. We are not so easily pleased.

Things have moved on, this side of the glass wall which so fittingly separates the councillors from their electorate in our Town Hall: in the chamber itself, not so much has changed. The Queen Mum is dead, but priority at meetings is still given to loyal birthday greetings, jubilee congratulations, congratulations to councillors who have been councillors for twenty five or thirty years (yes - that's how bad things are) ...

Last night's performance had to pay tribute too, to the Olympics, and the excitement of the Torch itself, that symbol of civilised engagement and mutual respect, passing through our borough, a prospect so exciting, indeed that local argumentative sandwich makers who dare to criticise our Tory councillors must be examined by counter terrorist police in case, maddened by the reminder of civilised engagement and mutual respect, she might hold up a banner telling the world what sort of bullying, repressive, anti-democratic authority we are forced to endure here.

The mood of the public in the packed gallery last night was even more mutinous than usual. Many of the residents present had been lobbying outside before the meeting, arrayed in a horrible display of orange t shirts, inviting people to reject the easycouncil scam, which has shape shifted through 'Futureshape' to the lunatic posturing of 'One Barnet'.

Ah: yes - One Barnet. Labour leader Alison Moore had tabled a motion calling for a referendum on the subject, giving residents their first and only chance to express their approval, or opposition, to these terrifyingly over ambitious proposals, which will see almost all our council services thrown into the laps of multinational companies for their profiteering pleasure.

There was another reason to attend this meeting. Local traders' spokeswoman Helen Michael, the woman so dangerous that her anti parking poster became the pretext of a two hour interview and investigation by counter terrorist officers, was due to present a petition against the parking policy, a petition which had an astonishing total of 13,000 signatures. Under the council's consitution, this entitled her to present it, in person, and make an address to full council. The timing could not have been more perfect.

Before any real business could take place, of course, we had to sit through the ceremonies of tricorn hatted mace bearers, like Cinderella's footmen, awaiting to take us to a lovely ball at the palace, bowing and scraping, in white stockings and white gloves, looked on by the benevolent red gowned, fur betrimmed Mayor and his Mayoress.

We were then obliged to listen to the address of the Mayor's chaplain, the rather outspoken Rabbi Shochet, who rather disappointed Mrs Angry by giving simply his version of the same address resorted to by every chaplain in Broken Barnet - a plea to the Almighty to somehow inspire the wicked councillors of our borough to repent, put aside pettiness, engage in vibrant debate, with 'pleasantness, mutual respect and humility' - you having a laugh, Rabbi Shochet? And to work together 'in the pursuit of the greater good.' Very nice. Good try.

Mrs Angry always enjoys the spectacle of humbuggery, at this point in the proceedings, on the far side of the chamber, where the most odiously hypocritical of the Tory councillors, the ones who go out of their way to engage in pettiness, to obstruct debate, and continually behave in the most unpleasant, disrespectful and arrogant manner, care only about themselves and their self interests, and do not give a flying f*ck for the greater good, bow their heads the lowest, as if this automatically conferred upon their lying heads some greater claim to virtue, rather than indicated the depth of moral corruption eating away at what passes for their souls.

Mrs Angry has a headache this morning.

Anyway: Tory traitors of Broken Barnet - in the game of municipal intercourse set before us, you played your Rabbi: here on the other side of the glass wall, we played ours. Sitting in the front row we had our own Rabbi Jeffrey Newman, a man of immense intellect, compassion and breadth of knowledge, who had attended with great interest the One Barnet conference on Saturday. (note to self, finish that post, lazy Mrs Angry). So: evens on that score, anyway.

To thunderous applause, the two newest Labour councillors entered the chamber: Arjun Mittra, who won the East Finchley by election, and fresh from his victory in the former Tory stronghold of Brunswick Park, Andreas Ioannides. The Tories squirmed in their seats.

Sigh. Question Time. Seventy one questions, with written answers. Opportunity now for as many supplementary questions as can be shoved into the alloted time.

If the billion pound One Barnet mass privatisation gamble fails what is the Leader's Plan B?

Answer by Richard Cornelius, Leader of the Council.

There is no plan B save mass redundancies, closure of facilities, cessation of services and massive increases in Council Tax. There is no gamble, but a carefully planned change in the way we do things to ensure that we continue to provice the better services that are needed at the best possible cost. I do not pretend that it will be wasy but with determination to make it work we will achieve what we have set out to do.

Oh, Richard, please: think about it.

If plan A, One Barnet - Plan 9 from Outer Space - is released in local venues in this borough, the result will be mass redundancies, closure of facilities, cessation of services and massive increases in charges for council services, which will negate and indeed far outreach any nominal gain from a freeze in council tax.

To say One Barnet is not a gamble - this is absolutely untrue, and you know it.

What else can you call the commitment of £1 billion pounds of our money on such a breathtakingly huge scale of inequal partnership with private companies who have a history of failure - 25% - in similar arrangements, and a long, continuing list of difficulties, including the lack of promised savings, the need for further investment, the increase in charges for customers, the decline in standard of services?

What else can you call the unprecedently grandiose scale of such an experiment that has not been carefully planned - remember the external audit report which told you so - and worse still was planned before the catastrophic extent of failure in compliance with procurement, contracting and tendering was exposed by your local blogosphere? Let alone taking into consideration the new reality of the current recession, which makes the scope of design and costing of the scheme, created way before the climate of austerity, clearly redundant in a world market distorted by financial crisis?

How can you claim to know that One Barnet is not a gamble, when you have refused to have an independent assessment of the risks involved? 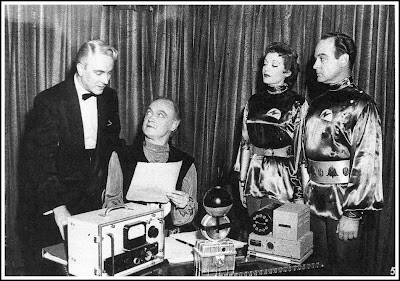 Councillor Cornelius attempts, and fails, to explain Plan 9/ One Barnet to the Barnet bloggers

While Alison Moore responded in kind to Cornelius's excuse for a response, the public gallery erupted in fury. And then they made a suggestion to the leader which our Tory councillors and senior officers have refused even to discuss:

Hmm. The old comparator issue, an option to retain services and staff, and work to find efficiences within the framework we already have, an option which strangely our Tory council, misled by the differing reasons of a handful of Cabinet members and a cabal of senior officers, has continually evaded.

Labels: let us punish the guilty, municipal intercourse, there is no Plan B

I think you are wrong, Mrs A.

The picture shows the recent ceremony where the "Tambourides" (a well-known novelty circus act) was presented with a Teasmade (shown front), for their long and distinguished service to the borough.

Do you have to explain what a teasmade is, baarnett? I suppose you do. Seem to have gone out of fashion. That was in the good old days when the English could think of nothing better to do in bed than have a cup of tea. Is there anything better to do, in fact? Not really.

Oh - so does a teasmade cure a headache then?

hmm, Morris: maybe that is the solution for all my problems. Do you have one to hand? A teasmade, I mean?