Helen Michael: an open letter from the Barnet bloggers 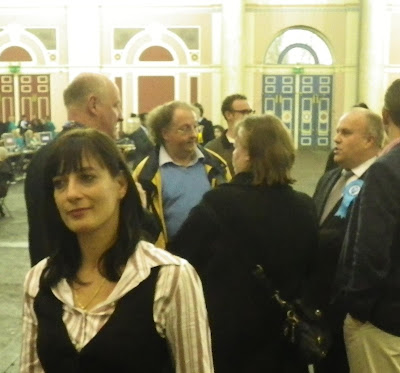 Helen Michael: an open letter to Councillor Richard Cornelius and the police:

Since the electoral defeat of former Assembly Member and Barnet Cabinet member Brian Coleman in May, Barnet’s Tory council leader Richard Cornelius and his colleagues have sought to distance themselves from most of the more controversial policies that Coleman promoted.
Most significant among these is the parking scheme, which has caused so much anger among the residents and traders of this borough.

At a meeting with Barnet traders at a North Finchley forum in December last year, Councillor Cornelius was told in no uncertain terms by the shopkeepers and small business owners of this borough about the devastating impact of this ridiculous scheme.

“I’m listening, but I haven’t got any intention to do anything else other than that ... I’ve heard you and it’s obviously affected me. I don’t know what I can do. I don’t know if I can do anything.”

“We are wasting our time – you’ve said in no uncertain terms that you’re not going to do anything. We are begging for our businesses, for our livelihoods. Please do something.”

Councillor Cornelius and his fellow Tories sat back and watched as the life of our local high streets ebbed away, in some cases losing up to 40 percent of their usual level of trade.

He refused to do anything for us, so we acted for ourselves.

Bloggers, traders, residents, community activists and trade unions united and voiced their opposition to the changes.

Prominent among the campaigners was Helen Michael. As spokeswoman for North Finchley traders she made every effort to focus attention on the injustice and devastating impact of the policy, and hold Councillor Coleman to account for the consequences of his scheme.

Her efforts won admiration from London Mayor Boris Johnson – and even Richard Cornelius, who is reported to have suggested she should think of standing as a Conservative candidate for the council.

Only since Brian Coleman lost his seat on the London Assembly, and then his Cabinet post, and in response to two other electoral defeats, has the Tory group on Barnet Council admitted that the parking changes were unfair, and sought to retract them.

Councillor Cornelius has now apologised for introducing the policy, and a review is underway.

How ironic it is, therefore, that the woman who did what Councillor Cornelius failed to do, and fought for the best interests of residents and traders, is now being investigated by police, after an allegation of wrongdoing in relation to a poster produced by her in the course of the parking campaign.

An omission on this poster was rectified early on in the campaign, and Helen Michael was informed by local police that there would be no further action.

Despite this assurance, Helen Michael is now being investigated by officers from Scotland Yard, and yesterday spent two hours, under caution, being interviewed at a local police station about the poster, and her motivation for its publication.

We believe that this targeting of a local campaigner is a deliberate and politically motivated act of intimidation.

To involve the police in this way is inappropriate, and a serious misuse of their time and resources.

We call on Council leader Richard Cornelius to speak out against the victimisation of a brave, resourceful and admirable woman, and we call on Scotland Yard to desist from taking any further action in regard to this matter.

Labels: I don't know if I can do anything, politically motivated act of intimidation

Is Barnet twinned with Bexley?

Why don't you make a complaint to the Police about the Conservative Brunswick Park leaflet? As Sean Connery said in The Untouchables: "He sends one of yours to the hospital. You send one of his to the morgue."

yes, Anon: there are certain similarities!

DCMD: hmm. Good point. But then as a responsible citizen I might worry the police have rather more to occupy themselves with at the moment (as seen today) than waste time interrogating a cafe owner over a parking poster.

My company owns a property which was severely damaged recently in an arson attack. As nobody was injured and the property insured, the Police have decided not to investigate, despite there being witnesses who saw youths congregating in the area shortly before the fire started.

It seems to me that the Police have a strange set of priorities. When Nick Walkley made his complaint, the Police could, and arguably should, have politely told him to go take a running jump. Instead, they have wasted valuable resources on a trivial matter. If they have the time for this, then they have the time to deal with the Brunswick Park matter.