Not One Barnet: OUR Barnet - Barnet Council, NOT FOR SALE 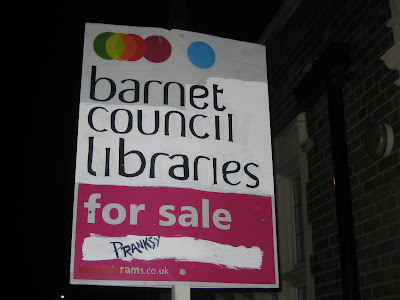 Our Barnet: Not for sale

The Council is attempting to become a Commissioning Council whereby it no longer delivers council services. In the last few months Barnet Council has already transferred the following staff and services out of the council to new employers

By the end of May 2013 up to 70% of the council workforce will no longer be working for the Council.

The aim of the conference is to provide information about the scale of risk to the council tax payers of Barnet. The conference will be in two parts.

Part One speakers include

Andy Mudd from the well-respected local government research body the Association for Public Service Excellence (APSE) published a report warning that over the past few years those at the north London Council involved in the awarding and managing of contracts to private contractors, have often ignored both council guidelines and UK competition law.

John Dix resident, one of the infamous Barnet Bloggers recently reported the Council has agreed another £10million be allocated to consultants to deliver the outsourcing One Barnet Programme

The second part of the meeting will include speakers from Aberdeen UNISON, and Edinburgh UNISON. Both of these councils recently decided not to go ahead with outsourcing after taking part in lengthy procurement discussions with a number of private sector contractors. A speaker from Sefton UNISON will talk about why Sefton Council decided to terminate their contract early with Capita Symonds. Capita Symonds is one of the Bidders for one the One Barnet projects.

John Burgess, Branch Secretary UNISON said “We are continuing to seek a meeting with councillors in particular the members of the Cabinet Committee regarding our concerns about the One Barnet Programme. We know from experience that once residents are made aware of One Barnet they are very concerned about the implications. This conference is just one part of a widespread community campaign to bring public scrutiny to the One Barnet experiment.”


Barnet is not for sale, but Mrs Angry is keen to promote an alternative clearance event in the Town Hall: caveat emptor - starting with a loss leader: 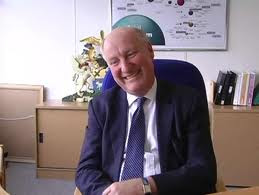 and from the Broken Barnet bargain basement, an unwanted one of these, last year's model, surplus to requirements: free of charge 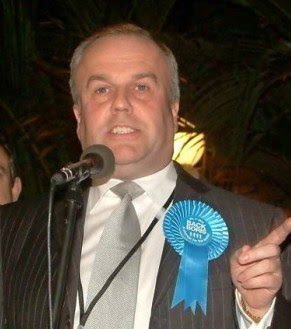 oh, that pointy finger, Brian: do put it away


Mrs Angry has written extensively recently about the looming disaster of the infamous One Barnet programme, and the proposed mass outsourcing of council services to profiteering private companies, on a scale as yet unseen in any local authority. In Barnet, £1 billion worth of our services are up for grabs.

As detailed in recent posts, even on a less ambitious level, the large scale outsourcing projects in other authorities all round the UK has resulted, in many cases, in total or partial failure to produce the savings promised when such partnerships were forged, or in the rapid decline in the standard of service provision.

Here in Broken Barnet, where our Tory council and its hapless senior management team cannot even cope with the proper procurement and contractual regulation of the council's current providers, to embark now on any new scheme would seem, to anyone with any sense, to be irresponsible, in the very least.

To commit the future well being of the residents of this borough to a scheme of such manically grandiose design is simply madness.

We know it, you know it: and now, Mrs Angry understands, even the big outsourcing companies themselves are beginning to get cold feet. Who could blame them?

Mrs Angry notes with amusement that the outsourcing companies, who keep a worried eye on the Barnet blogs, are googling some interesting searches today - Mrs Angry + Capita, for example. Mrs Angry imagines that this suggests she is about to be offered a consultancy by Capita, in order to support their Barnet bid. Obviously she would offer to help, but this might compromise her position as head of armchair auditing with Grant Thornton ...

(Mrs Angry was pleased to see, by the way, that Barnet's man from GT, her ukelele playing friend Mr Paul Hughes, mentions on his twitter profile that he has a keen interest in sci fi/dystopia. The perfect choice of auditor for the London Borough of Broken Barnet, in fact.)

In truth, the state of affairs here in Barnet, with the fundamental failures that have been revealed at the very heart of this administration, accompanied by the strength of resistance that is growing in opposition to the One Barnet plan, is beginning to unsettle the resolve of certain companies looking for opportunities in this borough.

Our Tory councillors are too dimwitted to grasp this, or too easily swayed by the assurances of senior officers, but they do know (because Mrs Angry has told you so, dimwitted councillors) that the absence of an independent risk assessment makes this borough catastrophically ill prepared for the implementation of such an overly ambitious outsourcing venture.

What may be overlooked is that the companies who have expressed interest in taking over our services will be carefully assessing their own risk factors, and if they are not confident of screwing enough profit out of our borough, with a sufficiently compliant and submissive partner, they will back out, & scarper, as they have done in other cases. Let's point them in direction of the front door, shall we?

If you care about the future of Barnet, and you are not happy at the prospect of being in hoc to a multinational company seeking to make profit out of your ordinary, everyday needs, please come along to this Saturday's conference and find out how you can stop the One Barnet programme, and save our local services.

An important lesson that Mrs Angry learnt from Saturday's Netroots conference was that when residents work together to campaign against an issue that is so clearly against the best interests of their community, there is every chance of winning the battle as long as there is unity, determination, strategy and publicity. Oh, and some good legal advice. But that's another story.

Here in Barnet, where we have already won some very significant battles, we can go on to win the biggest one yet, if we try hard enough.