All fall down: whoops, Andrew Dismore trips Brian up again 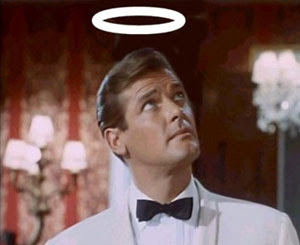 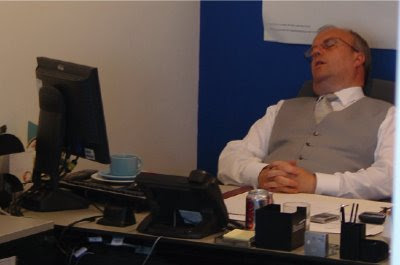 Oh look: more fun with Freedom of Information requests that have been extracted, painfully, and slowly, like rotten teeth, from the London Borough of Broken Barnet: see - here is a timely press release from Andrew Dismore, Labour candidate for the GLA in regard to the actitivies (or lack of them) of our current London assembly member, Brian Coleman.


Coleman falls down on the job – again!

Andrew Dismore, Labour’s candidate for the London Assembly for Barnet and Camden has today published the response to his freedom of information request to Barnet council, concerning sitting GLA member Brian Coleman’s lack of correspondence with the Council on key issues. ( attached below)

“Yet again, after all the previous FoI responses, we see that Mr Coleman has fallen down on the job. He has not written a single letter with representations to the Council over such key issues as housing policy and housing benefit cuts, the regenerations, or the closure of libraries and youth services. Just what is he doing for the salary and allowances he receives as a Councillor and Assembly member? Time and again, the response to FoI requests has been the same: he seems to be a complete stranger to pen and paper or computer keyboard. People of Barnet and Camden have been let down by Mr Coleman’s failure to stand up for them on these vitally important issues.”

I am writing regarding your request, received by the London Borough of Barnet (the Council) on 11 August 2011 for access to the following information:

“Copies of all correspondence sent to and received from Cllr Brian Coleman AM for Barnet and Camden on the following issues in his capacity as both AM and as a Barnet Councillor:

1. Housing policy with respect to affordable and social homes provision in the Borough

2. the impact of housing benefit cuts on Barnet residents

6. youth facilities in the Borough

We are processing your request under the Freedom of Information Act 2000 (the FOIA) and the Environmental Information Regulations 2004 (EIR). Under the FOIA and the EIR you were entitled to receive a response within 20 working days of receipt of your request. Please accept my apology on behalf of the Council for failing to meet this deadline. My response to your request is below.

I can confirm that the Council does not hold the requested information.

Hmm. I am afraid I must disagree with you, Andrew. Brian Coleman has a keen interest in housing. Mrs Angry has been checking her blog: remember the council meeting of 20th October, last year? According to her report:

"And now here comes Coleman with his contribution: this time he lets loose on those housing benefit scroungers who all want to live in Belgravia and Mayfair and expect the state to pay. I have to agree with you there, though, Brian, expecting to have your accommodation subsidised by anyone is appalling, isn't it? Eh? And then, with one bound, he is spouting off on the subject of creating slums. Slums like Graham Park. If there are any slum conditions in Grahame Park, you unspeakably objectionable man, I suggest that you remember who has created them. A slum is not a building: a slum is a neglected building."

And it is unfair to say he is a stranger to the computer keyboard.

As the picure above demonstrates, Brian is always sat at his pc, keen to interact with his constituents. Sometimes he even has his eyes open.

Many lucky people have had a cheery reply - or even a phone call - from Councillor Coleman to their emails inviting his comments on a wide range of issues. He has such a number of these annoying communications, in fact, that he is very often obliged to inform the sender that they should remove him from their mailing list - a man of Mr Coleman's eminent status simply cannot be expected to deal with this sort of nonsense, can he?

Some correspondents, as we know, have even been troubling Brian recently with their dreadful whinging about housing problems. Ms Sharada Osman, a single mother of a six year old boy with special needs, worrying about how she is going to pay her extortionate rent rise for her two bedroomed flat, confided the details of her circumstances to Brian Coleman and was thrilled to receive a reply from him, sitting at his desk in his own low rent charity two bedroomed flat, low rent fixed at exactly half of what she struggles to pay, telling her to live in the real world and not expect the system to sort her life out. 'This correspondence is now closed', he then informed her.

And that is why, Mr Dismore, there is no need for Councillor Coleman to raise such matters with Barnet Council. In his own unique way, he is perfectly capable of dealing with such concerns himself, a One Barnet, one stop shop, ever conscious of the One Barnet mantra: a relentless drive for efficiency.

Relentless, certainly. Efficient? Make your own minds up and tell him next May.

Or maybe send him an email and tell him now. Go on: Mrs Angry dares you:

cllr.b.coleman@barnet.gov.uk and brian.coleman@london.gov.uk
Posted by Mrs Angry at Saturday, October 29, 2011

Someone has removed this section below from the Wikipedia "RSA" entry, since the last time I looked (which was also the last time Brian's "qualification" cropped up). However, here it is from the archives, plus the view of a (no doubt worthy) "Fellow of the Royal Society of Arts":

"The Society states that, 'Fellows attach the letters FRSA after their name'. This was not, however, always the case. According to Sutherland Lyall, 'the Royal Society of Arts used to ask you NOT to use [the suffix FRSA] because anybody who pays the modest FEE becomes a Fellow'.".

"That was certainly the understanding when I became a Fellow in the late 1980s - and in my view, it should still be the case. The RSA is a splendid institution (and a very good place for lunch); but I think that academics, especially, should be very careful about using post-nominals that look like some kind of academic qualification, when they are not."

All this reminds me of Mike Frier's academic business qualification, which turned out to effectively be from the "University of British Telecom", and involved attendence and ... er.

I agree, baarnett, that the use of post nominals is frankly rather vulgar, and not what one expects from the better class of jumped up Tory councillor, but in Coleman's case he may well not know any better.

In my own case, of course, I prefer not to advertise the British Empire Medal given to me by Mr Cameron for my Big Society service to citizen journalism. This decision was made on the basis that a. apparently there is no longer a British Empire, and b. I am lying.
Have I mentioned that I am feeling a little feverish?

Of course, Mrs A, you realize that John Major abolished the BEM, and increased the number of MBEs, because he thought it reflected an unacceptable level of class division.

How comforting therefore that Mr Cameron, gord bless 'is 'eart, is RE-introducing it, for those precious but worthy souls who have somehow failed to achieve 49 per cent increases in income this year, covering salary, benefits and bonuses.

I also hope you realize that you will receive your BEM from not even a MINOR member of the Royal Family (like opened the artsDept). Instead it will be from some Lord Lieutenant or other.

I have humbly and graciously always thought that to be a non-job, set up by the Tudors, and which ought to be abolished, possibly ahead of closing Barnet libraries.

"Boris Johnson’s fire adviser, David Cartwright, had lunch with Richard Bond, development director of Serco, at the East India Club, the private schoolboy’s favourite haunt in St James’s Square, where he is chairman. While Brian Coleman was entertained by Jeroen Weimar – managing director of Serco, at Livebait - a slight bit of a restuarant climb-down for Coleman.

"The Danes. not to be outdone. sent their chief executive, Allan Larsen, of Falck Danmark A/S, and met the £150 bill for both Coleman and Cartwright, for dinner at Butler’s Wharf, Chop House.

"... in the run up to the election, Brian Coleman shows he has no intention in slacking on his expenses claims – he has already notched up £1621 on taxis, mileage, accommodation, and we are only just half way through the financial year.

"It looks as though he will match his £3500-plus claim last year without too much sweat. I have updated my armchair audit of Coleman on this site, to take account of these new developments."

I think we should set up one of those "fund-raising thermometer" display boards, outside Finchley Methodist Church.

David who? Oh him. Hmm. I think you mean veteran Westminster correspondant, baarnett: he will be very cross. Not that he would read this rubbish, obviously.

Some of us, cosseted by family wealth, have pre nominals!

Some people have intra-nomimals, as in
Matthew LOL Offord.

I've been expecting chastisement from Mrs A for http://barneteye.blogspot.com/2011/10/how-true.html.

But so far, nothing.

You're right about one thing though: it is a very small bathroom - you had your binoculars out again?

By the way, regarding your Halloween picture, is that a Barnet traffic cone she is wearing on her head, in some bizarre response to Brian Coleman's CPZ strategy?