Outsourced: Mrs Angry takes out a contract for Brian Coleman 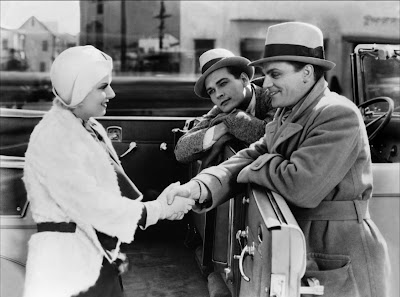 Mrs Angry finds that outsourcing can be much more fun than she realised ... 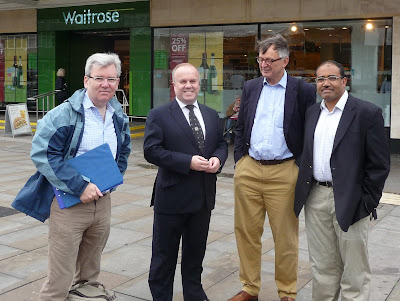 and goodness me, look: here's a story - newly outsourced Brian Coleman makes friends in Swiss Cottage ... or is he applying for a job as a trolley attendant? 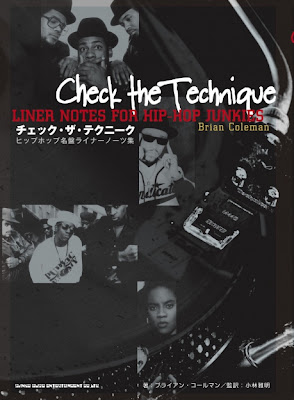 ... alternatively, he may have to revert to his former career in hip hop ...


Anyway ... you see, a letter in this week's local Times caught Mrs Angry's eye the other day:

"With the planned reduction in staff proposed by Barnet Council to save millions and the intended out-sourcing of planning, parking and other services, I ask why do we will still need so many councillors?

They are an obvious drain on the ratepayers’ purse, so their number needs to be reduced.

Top of the list I suggest, is Councillor Brian Coleman. Not a week goes by it seems without a letter of complaint about him in your paper; or an article illustrating how he ignores the views of residents and forces his ideas and wishes through, regardless of the implication to the electorate.

Come on Totteridge ward do the right thing for the sake of all Barnet residents and de-select him.

You have been shortlisted for this year's Broken Barnet Civic Awards, Category: Telling Brian Coleman Off in a Local Newspaper.

This is a well timed letter, as it happens. Mrs Angry has just been browsing through the recently published Delegated Powers Reports, and admiring the sheer audacity of the one signed by Councillor Coleman's favourite officer, Ms Pam Wharfe, which authorises a contract to a company, one of three tendering, but, goodness me, the other two dropped out - the contract will involve handing over £80,000 of our money in order to remove all pay and display machines in the borough. Marvellous use of resources, ain't it? Spending all that dosh on getting rid of something every driver in the borough wants to keep?

But look here, what is this? The very next DPR, as it happens, is a very interesting document. Due to commercial sensitivity, of course, some details have been redacted by Mrs Angry.

SUBJECT: Contract - to Mrs Angry: for the removal of Brian Coleman from the borough

1.1 Numerous reports by Mrs Angry detailing urgent need of procurement of new councillor services, to be provided externally, which is anticipated to provide the Council with a significantly more efficient service and financial savings, and allow the Council to provide a better, more efficient administration of the borough.

2.1 The removal of the ageing and underperforming Tory councillor infrastructure as part of the democratisation of the constitution contributes to One Barnet's principles of 'A relentless drive for efficiency' and the Corporate priorities of 'Better services for less money' and 'A successful London suburb' whilst generally retaining the service options and improved street scene through the removal of Brian Coleman and ultimately improved confidence in the administrative regime in the borough.

3.1 The existing Tory councillor infrastructure is not operating efficiently due to an ageing stock and a lack of maintenance contracts or performance appraisals, (other than by Mrs Angry). There is a risk that retention of Brian Coleman and the current stock of Tory councillors will continue to incur high maintenance and running costs, problematic enforcement, vandalism, and impact on income.

A full Equalities Impact Assessment was undertaken on the implications of removing Brian Coleman from the London Borough of Broken Barnet, and it was considered that although all certain Tory councillors consider themselves to be more equal than others, no such exception should be made in this case.

5.1 In compliance with Contract Procedure Rule 666 and Table 69, three quotations were requested and returned. However, once the specifications were confirmed and the programmed timetable provided, two of the tenderers were threatened by Mrs Angry and voluntarily and spontaneously decided to leave the country, leaving only one option available.

5.2 The proposal is to pay a fee of £2.20 to remove Brian Coleman. This will allow for his bus fare home, and will be precipitated by a short, swift, well aimed kick up the arse by Mrs Angry on behalf of the long suffering citizens of Broken Barnet. Mrs Angry will receive a One Barnet 'arrangement' in return, £1.3 million in cash in total, paid in brown envelopes slid across the table of Costa Coffee, N20, every Monday morning: no questions asked.

No one gives a flying fuck.

This is Broken Barnet, and Mrs Angry can do whatever she wants.

Oh, and er - Brian: do hand me back your parking permit before you go ... there's a good chap.

We have offered the local community in the areas of Victoria Park, Finchley, and Friary Park, Friern Barnet, the use of our parks.

Sadly, the Finchley Festival has decided to drop out, and we are forced to agree a contract with the Friern Barnet Summer Show alone.

Some have commented on the fact that I run the Friern Barnet Summer Show, but that, of course, is irrelevant.

We gratefully acknowledge the generous contribution of a vinyl banner to our Friern Barnet Summer Show fighting fund. Residents can be assured that the sum raised from the dramatic photographs (arising from our firm-but-fair procurement policy) of that article went to a good cause.

And a nice picture of Mrs Angry with Melvyn Cohen and John Hart, in their younger days.

Thank you for noting the copyright in Sea Sick Blue, Mrs A. There is little doubt that One Barnet will make all residents sick in the end, it's just a question of how long the ship can keep going before it capsizes and which rats jump first.

hello Mr Mustard: where you been? Streatham? Hope you took your luncheon vouchers.

Tom Powers's crew rapidly rises in gangland, but eventually his hapless leadership catches up with him, when he challenges another gang, led by Eric "Slasher" Pickles, precipitating a catastrophic gang war.

Arguably, the most famous scene is Tom "getting it" in the end, graphically setting the tone for the "mass-privatisation doesn’t pay" theme, that dominated local government movies for the rest of the decade and beyond.

Oh, and by the way, the movie featured a prologue
"apprising the audience that the hoodlums of local government must be exposed, and the glamour ripped from them"
and an epilogue
"pointing the moral that good governance at a local authority level is on her knees, and inquiring loudly as to what is to be done."

The film was re-released in 1941 after the Production Code was put into effect. Three scenes of the film were cut, because of the Code. One is of a markedly effeminate tailor measuring Tom for a suit, another with Matt and Mamie "rolling around" in bed, and the third showing Tom being seduced when hiding out in a woman's apartment.

(No politicians have been hurt in the making of these comments.)

oh well done, baarnett ... it's a great movie - would love to see the uncut scenes, wouldn't you? The scene in the photo is on youtube, with some great lines: Cagney picks Harlow up and offers her a lift - she says: I'm not accustomed to riding with strangers ... Cagney: oh, we;re ont going to be strangers ...