Into each life, a little Raine must fall 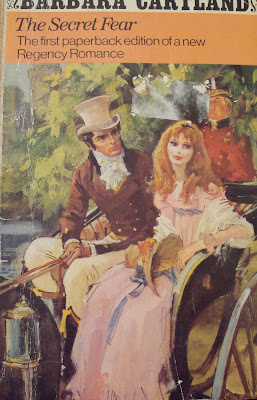 Sad news: it has been announced that it has been necessary to cancel the fundraising luncheon for the GLA campaign of our beloved Assembly Member Brian Coleman. This thrilling event was to have been graced by a very special guest: Raine, Countess of Spencer, former stepmother of Diana, Princess of Wales, and daughter of the late novelist Barbara Cartland.

Unfortunately, even when the name of Brian Coleman was removed from the publicity material for this lunch, sales of tickets were er so minimal (single figures, it is runoured) that the decision was made to call the whole thing off.

Obviously Mrs Angry and her escort are devastated, aren't we Andrew? The tiara and ball gown are going back into storage, and Mrs Angry's outfit is being returned too.

We hear that Brian is inconsolable: and of course he is now beginning to feel the first intimations that perhaps not all is well with his campaign prospects. Cheer up Brian: Mrs Angry brings you a message of love and hope, through the language of romance, Barbara Cartland style ....

The Secret Fear: is it all going horribly wrong? 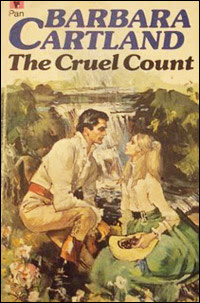 What will the result be, at the end of polling day? Oh dear. Never mind. Some light relief, if not romance, might be in order ... 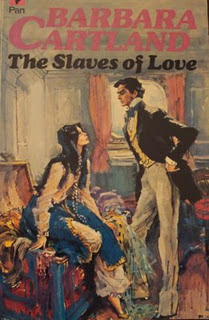 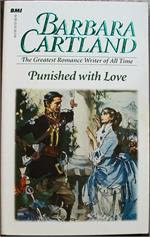 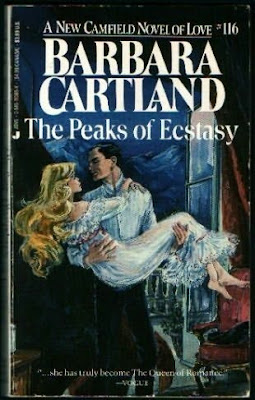 Love is the answer: pure love 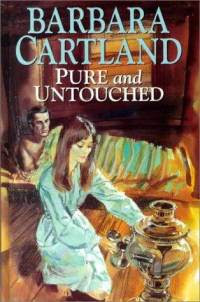 Mrs Angry would like to set you a good example (hold on, what is going on in this picture? Roped to the bed ... and is that a bong, Barbara?)

The Cruel Count. Is that a typo, Mrs A?

hmmm, Citizen Barnet: and without a happy ending.

I see the footman in The Secret Fear has a familiar look, and there's an idea for Brian, after May - perhaps Raine can find him a post in her household?

"Tis the hour for your chocolate, Miss Spencer." The deep voice startled her, and she turned with a little exclamation. "I was day-dreaming, Coleman. I did not hear you come in."

The soup waiter has asked me to inform you, Miss, that if Mr Boris arrives this evening with Mrs Angry, there will be nothing for dinner." "Oh yes there will," Raine replied. "I ordered a sheep, and it should be here by now. Mr Boris is partial to lamb, as you know, Coleman; so tell Mr Offord we will have baked carp dressed in the Portuguese way, two Davenport fowls, stuffed, parboiled and stewed in butter, some onion soup to start with, and a fruit pie as a remove. It will be a small dinner, but just the sort the Mayor and Mrs Angry enjoy."

"And if Mrs Angry fails to arrive, Miss?" Coleman asked. "I can manage with one of the fowls," Raine replied. "I will carry your instructions to Mr Offord, Miss."

"Yes, do," Raine said; "then come and help me pick some flowers. Those in the big vase in the hall are fading. But 'tis such a perfect day!"

Mrs A, we were expecting the low-down tonight on your rumour of a senior Barnet officer moving to Camden. So what gives?

Yeah, ok. The Cartland excerpts have run out of steam, so no more.

But who can forget the dramatic carriage dash down Totteridge Lane a couple of weeks ago, by Raine and Andrew Dismore, as he signed her up to the Labour Party?

re rumour, baarnett, the truth is - oh look at the time, must go to bed ...sorry

So is it that someone at a Camden Council computer has been searching for some specific name on Broken Barnet, Mrs A?

Or is there more to it that that?

Maybe, baarnett ... as I have told you, the eyes of Mrs Angry are everywhere. You would be surprised at the number of enquiries, in fact regarding our senior officers ... especially from concerned outsourcing companies ...